Fentanyl has recently become a household name in America because of its role in the nation’s opioid crisis. It is the leading cause of drug overdose deaths and has been identified by the CDC as the driving factor behind the massive increase in overdose deaths.

Many people who are addicted to opioids say that they never know if their next dose will be fatal. It is impossible to know if fentanyl will be present in their next drug pick up, regardless of what type of drug they are using.

Because of this uncertainty, many people who misuse opioids now do “test doses” in hopes that they will be able to tell if the drug is laced with fentanyl. Harm reduction strategies now include distributing urine test strips to users so that they can see if the drug they consumed contained any fentanyl.

Fentanyl is a fully synthetic opioid drug. It is a commercially available and widely used prescription drug, but it is also manufactured illegally and sold on the illicit drug market.

The shocking thing about fentanyl addiction is that many people who use fentanyl are not even aware of it. Dealers are putting fentanyl into virtually any kind of drug, including non-opioid drugs such as cannabis and cocaine.

What is Fentanyl Used For?

On the illicit market, fentanyl is used to increase profits and increase the addictiveness of drugs. Dealers are able to use tiny amounts of fentanyl powder to make fake drugs or reduce the amount of drug they put in their products.

After arriving at the hospital, many people who supposedly overdose on heroin find out that they had not actually taken heroin. Instead, what they thought was heroin was actually fentanyl and cutting agents. One study found that 73% of people who tested positive for fentanyl were not even aware that they had been using the drug.

Fentanyl also increases the addictiveness of drugs because it gives an intense high and has a very short half-life. Due to its short half-life, withdrawal symptoms begin only a couple of hours after the last use. This makes people seek out their next dose much sooner than they otherwise would.

How Does Fentanyl Work?

Opioids are drugs that come from or are similar to compounds found in the opium poppy. Like other opioids, fentanyl works by binding to opioid receptors in the brain. By doing so, they trigger abnormally high levels of the “feel-good” chemicals that form the brain’s reward system. These increased levels are responsible for the high that comes from using fentanyl.

Illegally manufactured fentanyl comes as a white or off-white powder. However, people who purchase fentanyl on the street rarely see it in its powder form. Rather, it is hidden in other drugs (such as marijuana) or cutting agents and sold as other drugs (especially heroin). It is also pressed into tablets and sold as counterfeit pharmaceuticals, such as Oxycontin.

Fentanyl comes in a variety of pharmaceutical preparations, including delivery systems that are unique among opioids. These include:

These pharmaceutical versions of fentanyl are sometimes sold on the street after being stolen or diverted from prescriptions. However, illicit fentanyl is almost always hidden in other drugs or pressed into tablets.

Other Names and Street Names for Fentanyl

Because of fentanyl’s prevalence in the illicit drug market, it has developed many nicknames. These include: 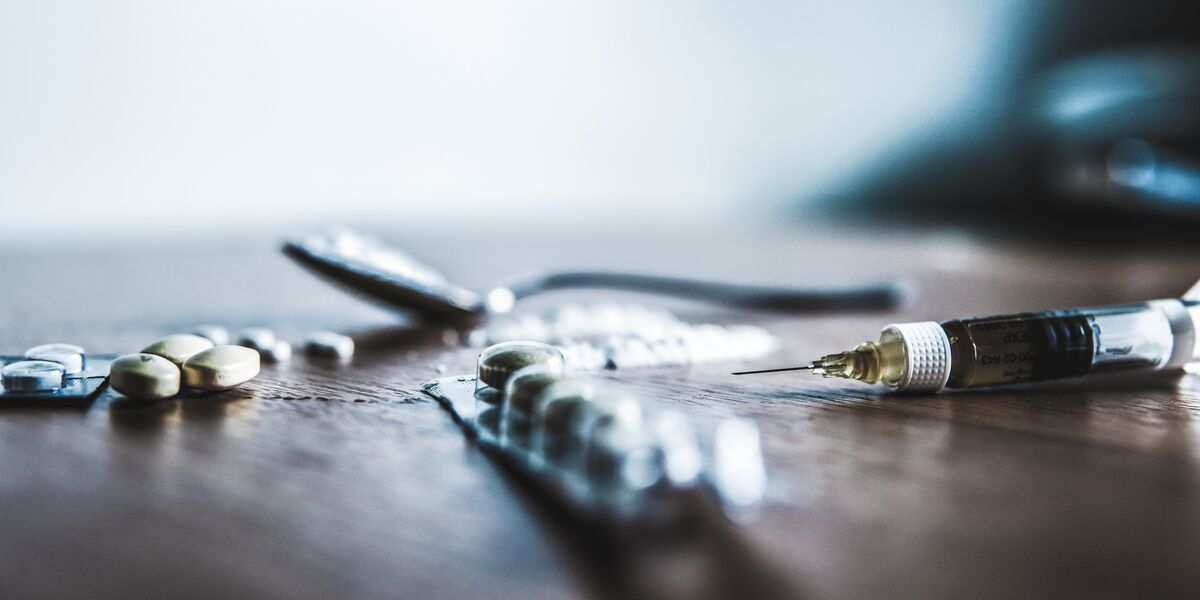 Short-term side effects of fentanyl are related to the effects of the high and the withdrawal symptoms that rapidly follow. These include:

Long-term effects of fentanyl abuse include:

How Long Does Fentanyl Stay In Your System?

Fentanyl has an elimination half-life of 219 minutes, which is the time it takes for a healthy person to remove half of the drug from the blood. This is a short half-life, so fentanyl does not remain in the body for very long.

The length of time that fentanyl is detectable varies a great deal, depending on the individual and the particular test that the lab is using. There is considerable commercial demand for better and faster tests, so new testing procedures are being developed all the time.

Individual factors that affect the duration of fentanyl in the body include:

Depending on the type of drug test, fentanyl can be detected for as long as 90 days. Common tests include:

Fentanyl is among the most addictive of drugs, due to two of its pharmacological properties: its ultra-high potency and its rapid clearance from the body. These properties make it lucrative for dealers to put fentanyl into their drug products. It gets people addicted faster, and it creates repeat customers who seek their drug’s potency.

How long does it take to get addicted to fentanyl? Fentanyl addiction can develop after a single use, particularly in those individuals who are predisposed to addiction by their genetics and life situation. Even without these predispositions, a single use can cause someone to seek out more of the drug after they feel fentanyl’s powerful withdrawal symptoms.

At The Recovery Village Palm Beach, we believe that long-lasting sobriety begins with a full continuum of care. That means our drug treatment programs are comprehensive and progressive, with each stage of treatment building on the others for a holistic and comprehensive approach to recovery. If you are looking for the best drug treatment available for yourself or a loved one, we have the resources to help you in your treatment from start to finish.

Whether you are seeking rehab for drug addiction alone or in conjunction with a mental health disorder, The Recovery Village Palm Beach can help. Contact us today for a confidential discussion with one of our representatives.