About our Editorial Team
×
This medical web page has been reviewed and validated by a health professional. The information has been screened and edited by health professionals to contain objective information on diagnosis and treatment of diseases. Contains bibliographic reference sources. If you are a healthcare professional and you find any issue, please reach out to [email protected]
Updated on 01/19/21

Amphetamine is a stimulant that was initially used as an over-the-counter drug for a wide variety of disorders including depression and nasal congestion.

The addictive properties of amphetamine were recognized and its use is now restricted as a prescription medication for disorders such as attention-deficit/hyperactivity disorder (ADHD) and narcolepsy. Because of its high addiction potential and relatively easy access, amphetamines are one of the most commonly abused drugs.

Amphetamines are psychostimulants that evoke an increase in the levels of catecholamines like norepinephrine and monoamines like dopamine and serotonin. This reaction is due to the increased production of these neurotransmitters as well as their reduced absorption or reuptake. The neurotransmitter dopamine is involved in motivated behaviors. Changes in the dopaminergic system are associated with addiction. The action of amphetamine on dopaminergic neurons contributes to the high addiction potential of this drug. Amphetamine use results in increased energy, euphoria, increased sensory awareness and focus.

What Is Amphetamine Used For?

Amphetamines are primarily used for the treatment of the symptoms of ADHD. Amphetamines used for pharmacological purposes are generally synthesized in the form of salts of amphetamines. ADHD is associated with a dysregulation of catecholamines like norepinephrine in the prefrontal cortex and the striatum that are involved in cognitive functioning and motivated behaviors.

Amphetamines for therapeutic use were traditionally used in the form of immediate-release pellets that are administered twice a day. The onset of the therapeutic effects of such immediate release amphetamines requires about 30 minutes and the effects of the drug last for about five hours. Immediate-release amphetamines are approved by the FDA for the treatment of ADH at a dose of 2.5 mg per day for children between the ages of three and six. For school-aged children, a higher dose of 5 mg to 40 mg per day may be prescribed for ADHD treatment.

Recently, longer-lasting formulations that need to be administered only once a day were released. These delayed-release beads are enteric-coated and have a peak effect after four to seven hours after drug ingestion, with the effect of the drug lasting for about 12 hours. Such extended-release formulations of mixed salts like Adderall may be administered at a maximum dosage of 30 mg per day.  Medication may be initially prescribed at a lower dose and then gradually increased. The optimal dose for an individual depends upon the absorption of the drug that tends to vary from person to person. One must only take amphetamine medications as prescribed. Always consult with a medical professional before taking a new medication.

Dextroamphetamine is the more potent form of the drug and is either used alone or in combination with levoamphetamine to prolong its effects.

Amphetamines in their pure form exist as white crystalline powder and are odorless and bitter. Amphetamines that are illicitly sold may take the form of powder, capsules, tablets or crystals. The appearance of amphetamines sold illicitly varies depending on the presence of impurities and the color may vary from white to brown with traces of green and pink.

Amphetamines may also be used as a drug of abuse and are sold illicitly under different street names, such as:

Methamphetamine is sold under the names of: 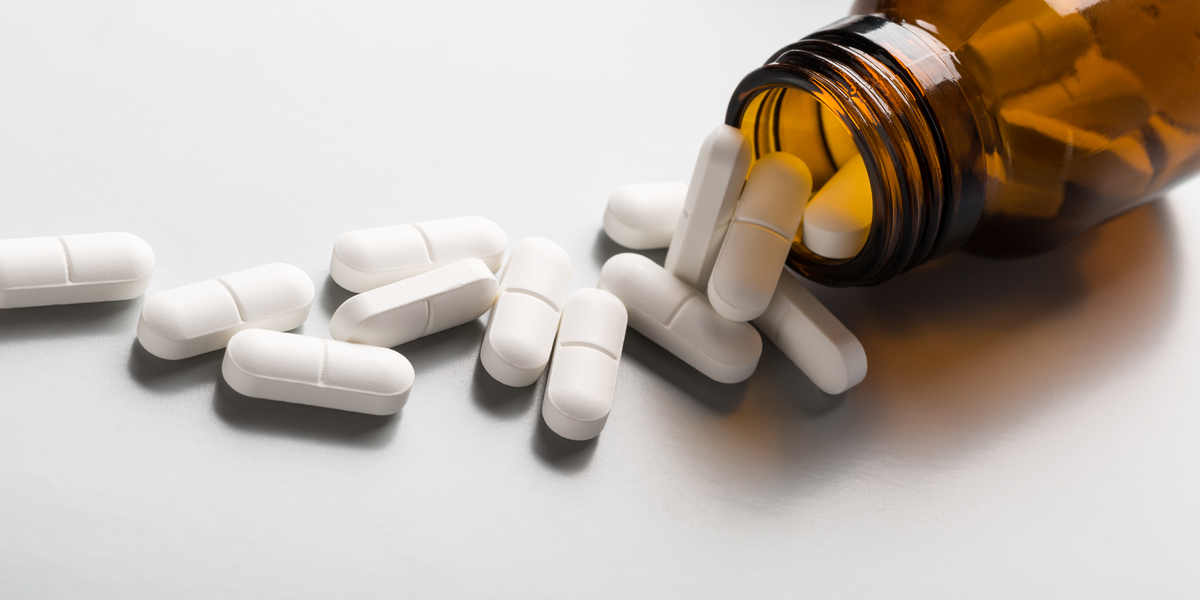 Amphetamine is a sympathomimetic drug that mimics the stimulation of the sympathetic nervous system. Consistent with this mode of action, amphetamine intake results in increased heart rate and blood pressure, hyperactivity, inhibition of hunger and gastrointestinal effects. Other short-term side effects associated with the use of amphetamines include effects on mood and behavior.

Some of the common short-term effects of amphetamine include nervousness, insomnia, headaches, increased blood pressure and heart rate, and loss of appetite. Other symptoms may include increased anxiety, irritability, negative affect and worsening motor tics. Side effects due to the action of amphetamines on the digestive system may include vomiting, nausea and abdominal cramps. High doses of amphetamines can also induce symptoms of psychosis and agitation in some (but not all) healthy individuals, that are similar to schizophrenia. Such drug-induced psychosis often involves paranoid delusions, hallucinations, violent behavior and occasionally disorganized speech. High doses of amphetamines can lead to cardiotoxicities including arrhythmias and infarctions that can be fatal.

When used at doses prescribed for the treatment of ADHD, the side effects of Adderall are not severe in most patients. The use of stimulants such as amphetamines and methylphenidate were shown to be effective and well-tolerated when taken over several years. However, whether long-term use affects cognitive abilities or other biological functions requires further investigation.

Abuse of prescription amphetamines or use of illicit amphetamines are also associated with neurotoxic effects. Chronic amphetamine abuse can cause neurotoxic effects that generally involve brain regions with the highest concentration of the dopamine neurons such as the striatum. This can also result in damage to serotonin neurons in the hippocampus, striatum and the frontal cortex. Amphetamine abuse is often comorbid with other psychological disorders, making it difficult to discriminate the impact of amphetamine abuse on cognitive function and behavior. However, studies suggest side effects include the impairment of memory, executive function and psychomotor functioning.

There has been a concern, however, regarding the use of stimulants such as amphetamine or methylphenidate in children with ADHD. Some of these concerns are related to ADHD being comorbid with substance use disorders and that treatment with amphetamines may increase the risk of addiction in such individuals. However, most studies do not support the association between treatment with amphetamines and substance use disorders, at least when treatment onset is in primary school. The onset of treatment in secondary school, however, increases the chances of developing an addiction. However, this may be due to the relationship between adolescence and drug abuse.

How Long Does Amphetamine Stay in Your System?

The time required by the body to remove a drug or metabolite is measured in terms of the elimination half-life, which is the time required to remove half of the total substance from the body. Amphetamines generally have a half-life between 9 to 14 hours but the amount of time amphetamines remain in the system varies depending on each person’s chemical makeup.

Testing for amphetamine use is often carried out for employment purposes, sports and to detect an overdose. Some testing methods include taking samples of:

If you or a loved one struggle with amphetamine addiction, contact The Recovery Village Palm Beach at Baptist Health to speak with a representative about how addiction treatment can help. Take the first step toward a healthier future and call today.