Eric Patterson is a licensed professional counselor in the Pittsburgh area who is dedicated to helping... read more

Veterans sacrifice their health and well-being to protect the safety and freedoms of the American people. Unfortunately, for many veterans, their service takes a toll on their mental health. Since many veterans encounter problems during and after their time in the military, they need access to a range of substance abuse and mental health resources.

Why Is Substance Abuse So Common Among Veterans?

Substance abuse is widespread among veterans because military life exposes them to many stressful life experiences. These experiences, in turn, may trigger a variety of physical health or mental health conditions, like:

To deal with these stressful situations and experiences, many veterans begin looking for coping methods to reduce their stress. Although alcohol and other drug use is a negative coping skill, in moments of desperation, substance use is an effective way to temporarily lower stress. Over time, though, the stress returns.

Veterans abuse many drugs at much higher rates than their civilian counterparts. According to statistics on veterans and substance abuse compiled by a study of military veterans:

Which Substances Do Veterans And Active-Duty Military Members Commonly Abuse?

There is not one specific substance that members of the military are prone to using. Instead, like the general population, veterans and active-duty military members are likely to abuse a variety of substances depending on factors like substance availability and the drug’s effect veterans are hoping to achieve. However, some of the most commonly used substances among veterans include alcohol, illicit drugs and prescription drugs.

Alcohol is the most frequently used substance among veterans and active-duty military members, with nearly half of active service members binge drinking within the last year. More alarmingly, 20% of military personnel reported binge drinking each week of the past month, with the number increasing to 27% for those with intense combat exposure.

Because of zero tolerance rules for active-duty service members, the rates of illicit drug use are low. Only 2.3% of active personnel reported use in the last month, compared to 12% for people out of the military.

Rates of illicit drug use are higher for veterans, who are likely to abuse:

Because of the military’s zero-tolerance policy against illicit drugs, more active-duty service members are seeking out and abusing prescription medications. Prescription drug abuse is an emerging trend in the military, with people commonly using opioids and sedatives.

Opioids block the experience of pain and can elicit a feeling of euphoria. Approximately 24% of veterans in the VA health system receive prescriptions for opioids, which can be addictive if used in excess or over an extended period.

Sleep medications help someone fall asleep and stay asleep. Abuse happens when someone uses more of the drug than prescribed or for a longer period. Examples of popular sleeping medications include Ambien and Lunesta.

PTSD And Substance Abuse In Veterans

PTSD is a mental health condition that can develop after a life-threatening situation. Someone with PTSD will encounter a range of symptoms, such as: Veterans benefit from specialized addiction treatment, and there are many choices for members and former members of the military to get the help they need and deserve.

The Office of Veterans Affairs offers a comprehensive set of programs to help vets overcome the challenges of substance use and other mental health concerns, like:

The VA may also offer:

Veterans can benefit from a continuum of veteran-specific rehab services like:

If you are a veteran in need of professional mental health services for addiction or you know a one who does, contact The Recovery Village Palm Beach at Baptist Health today. Speaking to a representative can help you start the treatment you need to achieve the lifestyle you deserve. 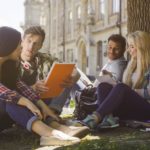