Cocaine is an illicit drug that causes profound chemical and structural changes in the brain, leading to a self-reinforcing addiction that can be difficult to overcome. Learning about what cocaine is, how it is used and the common short- and long-term side effects that are associated with its use is key in understanding how the drug impacts people and causes addiction.

Many people have heard of cocaine but may not be aware of what is cocaine made from. Cocaine is extracted from a South American plant (Erythroxylon coca), generally by soaking leaves in gasoline. The purified product, cocaine hydrochloride, is a white powder that can be pressed into brick form. Further chemical processing can convert powdered cocaine into a water-insoluble, crystalline product.

What type of drug is cocaine? Cocaine is a central nervous system stimulant. Although its use decreased somewhat since its peak in the 1970s and 1980s, it is still a popular drug that can have profoundly negative effects on people who take it. Additionally, cocaine may be combined with other drugs. For example, a recent spike in deaths was observed due to cocaine being diluted with the synthetic opioid fentanyl.

What is Cocaine Used For?

Despite having been used as an anesthetic in the 20th century, cocaine has no valid medical use today. It is used as an illicit recreational drug and is highly addictive. People who use cocaine face serious legal, social and medical ramifications. Cocaine is a short-acting stimulant that affects the central nervous system by increasing dopamine levels in the brain. Under normal conditions, dopamine signaling in the brain indicates that a rewarding behavior has occurred — for example, drinking water when one is thirsty. Cocaine hijacks this reward circuit, which is how the substance exerts its addictive properties.

Frequent cocaine users cite increased energy levels or appetite/weight loss as reasons for use. However, the negative consequences of chronic cocaine use significantly outweigh any perceived benefit. Cocaine use offers no short- or long-term benefits.

There are several methods of administration for cocaine use, all of which are dangerous and can cause potentially irreparable physiological changes:

Snorting cocaine: Cocaine powder is commonly snorted through the nose, although it can also be dissolved in a liquid to be ingested orally or injected intravenously.

Smoking cocaine: Cocaine can also be processed into a crystalline form, commonly known as crack, which is smoked alone or mixed with marijuana or tobacco.

What is Cocaine Cut With?

Cocaine is “cut”, or diluted, with other white powders, rendering the final product anywhere from 5% to 70% cocaine. Many cutting agents that are used to cut cocaine are relatively innocuous (laxatives, baking soda, talcum powder, cornstarch or flour), but cocaine is also routinely cut with other stimulants (caffeine, amphetamine) or with synthetic opioids (fentanyl), which increase the dangers associated with using cocaine. Cocaine may also be cut with levamisole, a deworming agent used by veterinarians.

Dealers routinely cut cocaine to increase profits, and cocaine that travels through many hands may be cut with several different compounds. It may be impossible for people to identify cutting agents and someone who uses cocaine may end up ingesting a lethal cocktail of unknown identity. 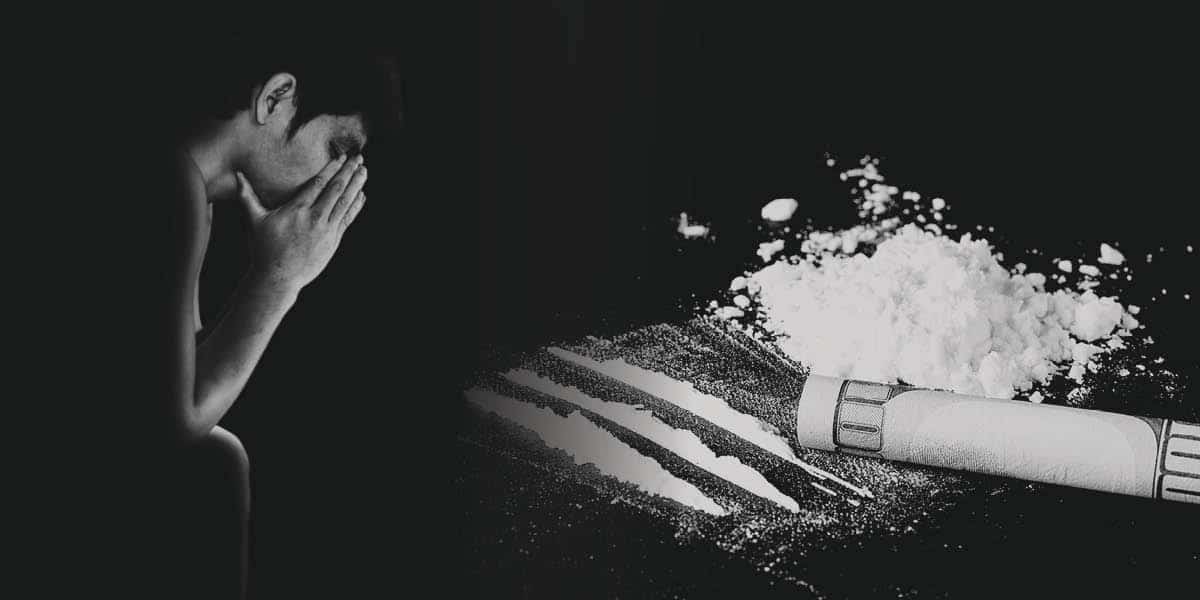 Pure cocaine looks like a fine, white powder. Drug traffickers will frequently press the powder into brick form, so it is common for hard-packed “rocks” of powdered cocaine to be purchased on the street. Before use, the crystalline rocks are crushed into powder. Prior to inhalation, powdered cocaine is shaped into lines (or rails) and straws or dollar bills are used to ingest the powder. Crack cocaine is a light brown, hard pellet that is not water-soluble.

There is nearly an endless list of cocaine street names. Some common code names for cocaine include:

How Long Does Cocaine Stay in Your System?

Cocaine and its metabolites are generally not measurable by most tests for more than 48 hours after use, although heavy users may deliver positive tests for up to a week or more after the last use of cocaine. Hair follicle tests are an exception and can deliver positive results for several months. How long cocaine lasts in your system is somewhat dependent on the method of use, frequency of use and the individual’s metabolism.

Cocaine is addictive, with dependence potentially occurring after just a few uses. Addiction can develop within just a couple of weeks of routine use. The substantial effects that cocaine has on the brain lead to altered neural networks, causing people to seek cocaine at the expense of normal daily activities.

Cocaine addiction is physical and psychological. Withdrawal symptoms can be profoundly debilitating and often include intense cravings, insomnia, anxiety, irritability, depression or dysphoria and hypersensitivity. Some individuals who suffer from cocaine use disorder may forego food, water and safe shelter to get more cocaine. Once addiction takes hold, many people find quitting to be extremely difficult and require reliable medical and social support to stay sober. There are many quality sources of help and support for people who suffer from cocaine use disorder, and recovery is well within the realm of possibility for all users.