Cocaine is a popular recreational drug that people often use by snorting it into the nose. While cocaine can cause feelings of increased pleasure, energy and ability, snorting it can also cause unsightly and potentially dangerous effects to your nose. This leads to what some call “coke nose.”

Why Do People Snort Cocaine?

Cocaine is often snorted because the thin membranes inside the nose have significant blood circulation. Cocaine is quickly absorbed across these thin membranes into the bloodstream, causing cocaine’s effects to begin very quickly. Because of its effects, cocaine is commonly used at parties or similar settings. Snorting is typically seen as a quicker and more convenient way to use cocaine in these types of situations.

While the high caused by snorting cocaine starts very quickly, the drug is also metabolized by the body quickly. This means that the high does not last for long, making it necessary to snort cocaine over and over again to sustain a high for a longer time.

What Does Cocaine Do To Your Nose?

Cocaine has an immediate effect on the lining of the nose when it is snorted. Once absorbed, cocaine immediately causes the nose’s blood vessels to constrict, reducing circulation in the nose’s membranes. If cocaine is used repeatedly, the blood flow can become so constricted that it damages the inside of the nose.

Just the act of putting a foreign object up your nose and inhaling it can be harmful, as it can lead to damage, irritation and potential infection. When cocaine causes decreased circulation to the nose, the tissues become even more prone to damage, increasing the likelihood that damage or infection will develop.

When you use cocaine, there are almost always other substances mixed in with the drug. These are called cutting agents, and they are used to make the cocaine weigh more or dilute the cocaine to make more money when selling it. Anything can be used as a cutting agent. While some agents are harmless, many of them can cause serious damage.

Certain cutting agents may be irritating or destructive to the lining of the nose, while others can be poisonous. One commonly used cutting agent is an antiparasitic drug for animals called levamisole. Studies have shown that cocaine cut with levamisole can cause the inside of the nose to die and rot.

Cocaine can increase your risk of nosebleeds. Since cocaine decreases circulation, it may not initially seem to make sense why the drug makes your nose bleed. This effect occurs because nose membranes become more fragile with prolonged decreases in circulation. The damage makes it easier for the lining of the nose to tear and bleed, especially if foreign objects are put up the nose repeatedly to snort cocaine.

As cocaine leads to decreased circulation in the nose, it can begin to affect more than just the lining of the nose. The decreased blood flow to the nose can actually affect the structure of the nose, causing the nose to collapse. Nose collapse typically involves a nostril collapsing, making it difficult or impossible to breathe through the nostril. If the collapse is more involved, it can lead to a noticeable deformity.

Cocaine can cause a hole to develop in the cartilage that separates your nostrils. This is also called nasal septal perforation. While this is typically not dangerous on its own, it can disrupt normal airflow through the nose as well as increase the risk of infections and deformities. Fixing a hole in the nose caused by coke typically requires plastic surgery once cocaine use has been stopped.

Cocaine can cause a deviated septum, which is when the middle part of the nose collapses to one side, blocking the nostril on the side it deviates to. A deviated septum can make it more difficult to breathe, as only one nostril can be used. It may also cause a noticeable defect, and it typically indicates that further damage to the nose is likely to occur if cocaine use is not stopped.

Cocaine often leads to nose sores and scabs. Because cocaine decreases circulation to the lining of the nose, it becomes more easily damaged and sores occur more frequently. The low amount of blood flow makes it difficult for these sores to heal like they typically would, making them last for much longer than normal and expand in size with very little irritation or damage.

One of the most common early nose symptoms that someone using cocaine will typically experience is a stuffy or runny nose. Snorting cocaine coats the lining of the nose with powder. The nose is designed to get rid of irritating substances by making the nose run and forming mucus. This leads to a runny and stuffy nose whenever cocaine is used.

Saddle nose occurs when the bridge of the nose collapses. This is a more noticeable deformity that only occurs when decreased circulation seriously affects the nose’s structure. A saddle nose deformity requires plastic surgery to restore the nose to its normal condition and appearance.

Sinus infections are a serious complication of cocaine use. There are many different aspects of cocaine that can cause sinus infections. Cocaine suppresses circulation that the immune system uses to get rid of infections. The drug also introduces bacteria into the nose and sinuses. Additionally, cocaine can cause damage to the sinuses themselves, making it easier for infection to take hold. Sinus infections caused by cocaine use are hard to treat and can ultimately lead to dangerous systemic infections.

Other Side Effects of Snorting Cocaine

While inflammation and irritation in the nose’s lining can be unpleasant, there are far worse things that cocaine can do to your nose over time. These symptoms generally occur after chronic cocaine use, but the wrong cutting agent can make them happen with just a few uses.

As cocaine damages the nose’s lining, it also damages the odor receptors. These receptors will not grow back. Once they are destroyed, the damage will be permanent. The tongue can only detect five core tastes, and most of the taste comes from smells. Someone who loses their sense of smell will also have difficulty tasting things.

Nasal necrosis occurs when the nose’s tissues start to rot after they have died from a lack of blood flow. This can be caused by CIMDL, but it can also be caused by other tissues dying. The intranasal septum (the part of the nose between the nostrils) can die, creating a hole between the nostrils. The roof of the mouth can also be affected, as holes can develop between the nasal cavity and the mouth. In severe cases, a saddle nose may occur, which is when the inside of the nose becomes so destroyed that the nose collapses.

How To Heal Your Nose From Cocaine Damage

The first and most important step to healing your nose from the damage caused by cocaine is to stop using the drug. This will help the nose tissues gain as much circulation back as they can and begin the process of healing. Trying to heal your nose from cocaine damage while still using cocaine is almost useless, and stopping cocaine is absolutely essential.

Most non-permanent damage caused by cocaine will heal on its own. However, damage may require plastic surgery if it is structural. Someone with any kind of deformity to the nose should speak with a plastic surgeon about what treatment options may be best for them.

Stopping cocaine is the first and most important step to avoiding the potential nose-related damage that cocaine can create. However, this can be very difficult for those who have developed an addiction to cocaine.

At The Recovery Village at Baptist Health, we understand how difficult it can be to recover from addiction. This is why our experts provide evidence-based treatment and ongoing support to help people address their addictions and begin a healthier, substance-free future. If you or a loved one is struggling with a cocaine addiction, we encourage you to contact us today to learn about treatment programs that can work well for your situation. 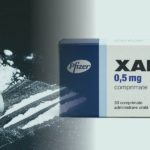 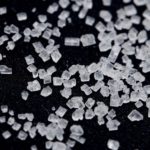