Leila Khurshid is a clinical pharmacist based in Denver, CO. After graduating from Regis University with her Doctor of Pharmacy, she... read more

Adderall is a prescription stimulant commonly used to treat attention-deficit hyperactivity disorder (ADHD) or narcolepsy. Meth most often refers to an illicit drug, but it is also available as an FDA-approved ADHD medication called Desoxyn. Although these drugs may be helpful for treating certain conditions, they both carry a high potential for abuse, dependence and addiction.

Adderall is an amphetamine, a type of stimulant drug that works by increasing the activity of brain neurotransmitters. Adderall contains two amphetamine salts — amphetamine and dextroamphetamine — and is available in both immediate-release and extended-release tablet formulations.

Meth is usually snorted, smoked or injected, while crystal meth is generally smoked. Meth typically appears as a white, crystalline substance, but it may also appear brown, yellow-gray, orange or pink. The drug can also be formed into a pill. Conversely, crystal meth is a distilled, highly potent form of meth that looks similar to glass fragments or bluish-white rocks. A legal meth form is also available under the brand name Desoxyn.

Does Adderall Have Meth in It?

Many people wonder if Adderall has methamphetamine in it. Adderall and meth do have many similarities, as both drugs are amphetamines that stimulate the central nervous system and modify the activity of essential chemicals in the brain. In addition, both drugs have the potential for abuse and addiction due to their stimulant effects. However, meth is more potent than Adderall, and crystal meth commonly contains many toxic chemicals that can harm the body.

When comparing Desoxyn vs. Adderall, several significant differences exist. Desoxyn is composed of methamphetamine, while Adderall contains a combination of amphetamine and dextroamphetamine. Due to the chemical structure of Desoxyn, the drug crosses into the brain more quickly than Adderall and thus has more rapid and robust effects. Despite their differences, meth and Adderall both have the potential for serious health effects and addiction.

Adderall and meth share some similarities, but there are still some notable differences between each drug.

In general, Adderall and meth have similar effects. Both of these stimulants can increase a person’s energy levels and focus while decreasing their appetite and need for sleep.

There are many similar side effects that can occur in people using either Adderall or meth, including:

When using meth over the long term, detrimental effects can include:

Potential for Abuse and Addiction

Meth and Adderall have the potential for abuse and addiction due to their stimulant effects. Both drugs alter the levels of chemicals involved in the brain’s reward pathways, motivating individuals to continue using the drugs. Meth is more potent than Adderall and thus has higher addiction potential.

Although meth addiction is associated with more severe health consequences, the availability of prescription Adderall makes it easy to access and misuse. Adderall addiction is widespread among college students who use it to improve concentration or academic performance.

People often associate Adderall with safer prescription medications, while “meth” usually refers to the street drug. While they are similar, there are subtle differences between them. Namely, the chemical structure of meth is slightly different from Adderall, making it the more potent of the two drugs. This chemical difference makes it easier and faster for meth to enter the brain than Adderall. In addition, street meth is typically mixed with cutting agents and other impurities, while Desoxyn and Adderall are not.

Street meth is illicit, whereas Desoxyn and Adderall are Schedule II medications. This classification means that although these medications have a high addiction risk, they also have accepted medical uses.

Signs of Adderall and Meth Addiction

Both Adderall and meth carry a high risk for addiction. Signs of Adderall or meth addiction include:

Treatment for Drug Addiction in Florida

Seeking treatment for meth or Adderall addiction is vital for preventing serious consequences related to your health and overall well-being. Adderall or meth addiction treatment options can include medical detox, inpatient or outpatient rehab, psychotherapy and ongoing support group meetings.

If you or someone you love is struggling with meth or Adderall addiction, The Recovery Village at Baptist Health can help. We provide a full continuum of care that can help address your addiction and any co-occurring mental health conditions you may have. Contact us today to speak with a helpful representative and learn more about treatment programs that can work well for your situation. 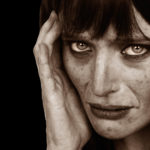 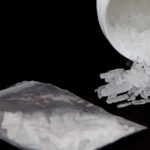 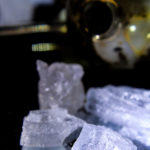