Methylphenidate is a prescription drug that is used to treat attention-deficit hyperactivity disorder (ADHD) in children and adults. It is a psychostimulant, meaning that it activates the central nervous system to increase energy, alertness, and ability to concentrate.

Methylphenidate is prescribed to treat ADHD but is also used as a recreational drug. Its street names include:

Methylphenidate comes in a pill form that will vary based on the brand name of the drug and the dosage of each pill. Ritalin is a small, round pill with “CIBA” stamped on one side, which is the name of the manufacturer. The dosage is located on the other side.

The color will also vary based on the drug dosage. Typical Ritalin dosages appear as follows:

What Is Methylphenidate Used For?

Methylphenidate is primarily used to treat ADHD. ADHD is a syndrome usually diagnosed in children, but it can carry over to adulthood or be diagnosed in adults. A person with ADHD has a hard time focusing on a single task at a time, is easily distracted, has a short attention span and can be hyperactive. The stimulant effect helps a person focus by making them less distractible, improving their ability to sustain attention, reducing the urge to be impulsive and improving activity level.

The drug is also used to treat narcolepsy, a sleep disorder where people suffer from excessive daytime sleepiness and have difficulty staying asleep at night. Stimulants such as methylphenidate help to make the person more awake during the day and combat the drowsiness associated with narcolepsy. It is a second-line treatment for narcolepsy, so it will only be used if other treatment options have not worked. How Does Methylphenidate Work?

Methylphenidate should always be taken as prescribed by a doctor, as the dosage will vary based on a person’s specific needs. The general dosage used in adults is 20 mg to 30 mg daily, split into two to three doses. In children aged six or older, the dosage will start small (5 mg) and gradually increase week by week (5 mg to 10 mg per week) until an effective dose is reached. The child should occasionally be taken off the drug to reassess their symptoms. Methylphenidate does not need to be taken indefinitely and will often be discontinued after the child reaches puberty.

Methylphenidate should be taken 30 to 45 minutes before a meal. It may cause some people to have a hard time sleeping — if this occurs, it should not be taken after 6 p.m.

Side Effects of Methylphenidate

When methylphenidate is used other than prescribed, it can be addictive. It has become more widely available due to an increasing number of prescriptions, and many teens have misused it to concentrate while studying. For recreational use, people will sometimes snort or inject the drug. When misused in this manner, it can mimic the effects of cocaine and be addictive. Since it stimulates the availability of dopamine and causes feelings of pleasure, it can give the person a sense of euphoria that they may find addicting.

If you or a loved one has become addicted to methylphenidate or is suffering from a co-occurring mental health disorder, The Recovery Village Palm Beach at Baptist Health is here to help. We have comprehensive treatment plans that can help you overcome your substance use disorder. Contact us today to learn more about treatment options and begin the road to recovery. 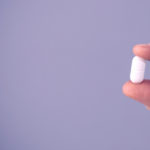