By The Recovery Village Palm Beach
Editor Gretchen Pruett
Reviewer Conor Sheehy
×
This medical web page has been reviewed and validated by a health professional. The information has been screened and edited by health professionals to contain objective information on diagnosis and treatment of diseases. Contains bibliographic reference sources. If you are a healthcare professional and you find any issue, please reach out to [email protected]
Updated on11/08/19

Meth is the shortened name of the street drug methamphetamine. Methamphetamine is a stimulant that produces feelings of energy, euphoria and pleasure.

This illicit drug is made in meth labs, usually in basements or hidden locations in a house or mobile trailer. It is made from chemicals found in hardware and drug stores and is dangerous to produce because the chemicals can be explosive and toxic to inhale.

Meth has a very high addictive potential because it activates reward pathways in brain cells. By activating the reward pathways in the brain, the individual temporarily feels extremely good and seeks to maintain the pleasurable sensation.

What is methamphetamine? It is a stimulant drug that increases levels of the chemical dopamine in brain cells. It does this in two different ways: It prevents the breakdown of dopamine that floats between brain cells, and it causes brain cells to empty their stored dopamine into synapses.

Methamphetamine has an extremely high addictive potential, but it does have some limited use in medicine. Pharmaceutical methamphetamine can be prescribed for cases of attention-deficit/hyperactivity disorder (ADHD) that do not respond to normal treatment.

Despite this allowance, methamphetamine is rarely ever used to treat ADHD because it has such a poor reputation and high risks.

Most meth is produced cheaply for illicit and recreational use and is smoked, snorted, injected or taken by mouth.

Other Names & Street Names For Meth

Meth has a variety of street names, some of which describe how it is taken and some that describe the appearance.

Street names for meth change all the time, so these names can refer to many different drugs and vary depending on what part of the country you are in. Some common slang terms and names for meth include:

What Is Crystal Meth?

Crystal meth is a pure form of methamphetamine, typically produced in a high-quality lab and shipped into the country. The purity of crystal meth makes it harder to obtain than less pure versions that come in powdered form.

This form is also more expensive than less pure versions.

Crystal meth looks like fragments of glass or bluish-white and shiny rocks. Crystals fragments vary in size from a few millimeters to a centimeter or more.

How Is Meth Abused?

How do you do meth? Meth is unique because it can be taken in so many different ways. It absorbs quickly into the bloodstream no matter how it is ingested, though some methods work more quickly than others. 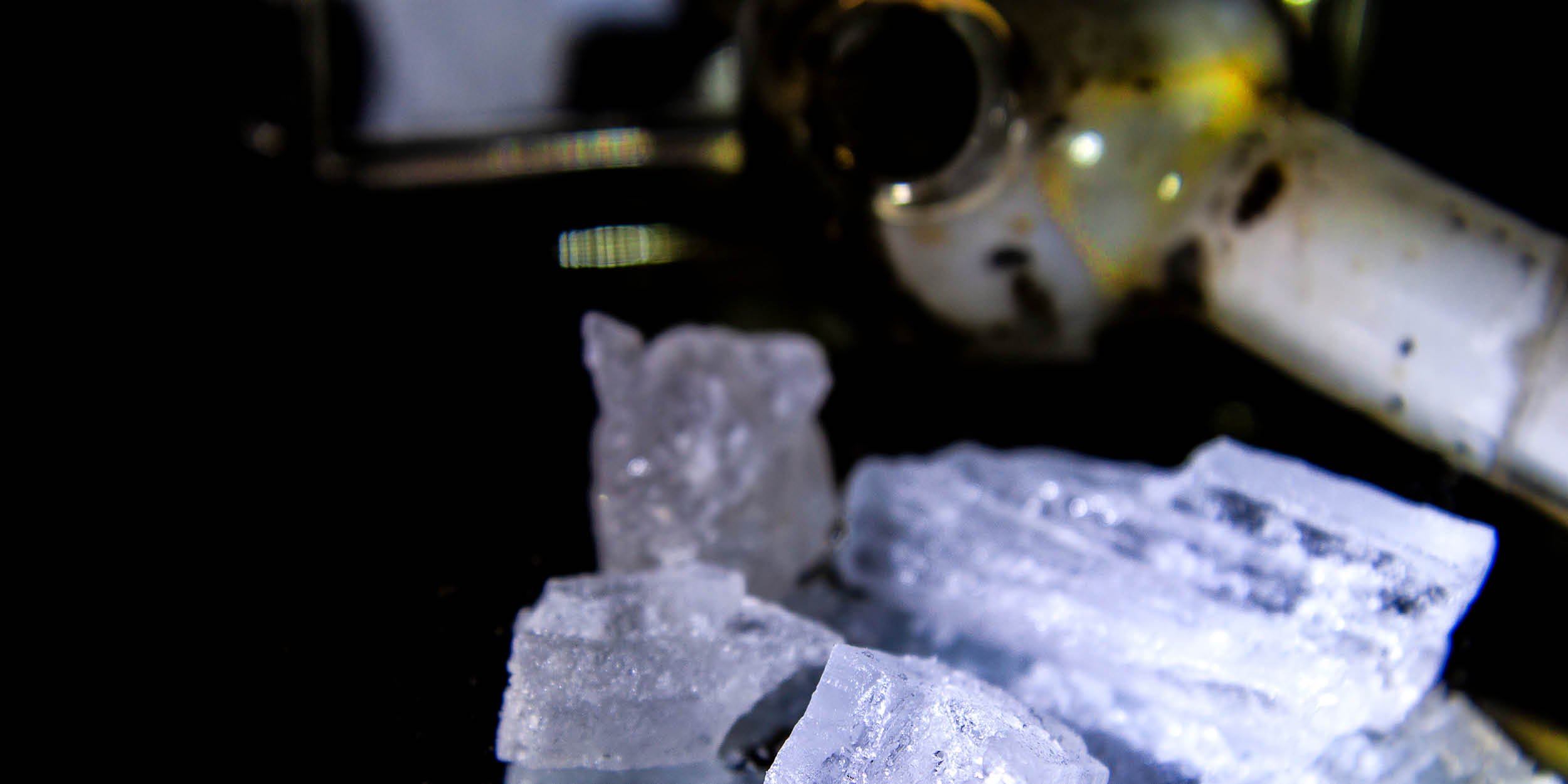 Meth looks different based on its purity and formulation.

Oral methamphetamine may come as small white tablets or inside capsules. Some party drugs contain a mixture of methamphetamine and other substances, and these pills may be any color or shape.

Crystal meth is clear to bluish-white crystals that range in size from a few millimeters to a few centimeters. Crystal meth may have a flaky, white appearance if it is broken into smaller pieces.

The smell of meth is described as bitter, plastic and sometimes sweet. Impure forms of meth might have a strong chemical smell if the chemicals used to make it were not washed out completely.

Meth is sometimes compared to the smell of ammonia, a solvent used for cleaning. Other descriptors include vinegar, acetone or no odor at all.

What does meth do to you? Besides increasing energy and giving a high, other meth side effects can occur as well.

Side effects occur regardless of how meth is ingested, but they are more likely to happen by injection and when the drug is purer.

Common side effects include:

How Long Does Meth Stay In Your System?

Methamphetamine has a half-life of about four to five hours, meaning it will clear out of the body in 20–25 hours. For people who have used meth heavily or for a long period of time, the drug may stay in the system longer than one day but, in general, it should completely leave the system within 2–3 days because it does not absorb into fat tissue. Meth can be detected in other parts of the body, including:

Yes, meth is extremely addictive. Any substance or action that causes a reward in the brain will release dopamine so, by increasing dopamine, meth reinforces its own use.

Meth is one of the most addictive illicit substances, so quitting can be incredibly difficult.

If you or someone you know uses methamphetamine, it’s likely that they are unable to quit on their own. The Recovery Village Palm Beach offers a range of treatment services in South Florida. If you are looking for assistance with drug addiction, call The Recovery Village Palm Beach to speak with a representative who can provide additional information about treatment and recovery.