Percocet is one of the most commonly misused prescription drugs. It is made up of oxycodone and acetaminophen. Percocet addiction stems from the oxycodone component of this analgesic, which is an opioid. The side effects of Percocet range from mild nausea to multiple-organ failure. Regular consumption, even with the prescribed dosage, can have a dangerous impact on the psychosocial and physiological well-being of an individual.

How is Percocet Abused?

Percocet abuse usually occurs after prolonged usage of the drug. The abuse can be in the form of consumption of higher than prescribed amounts or by smoking, snorting or chewing the tablets. All of these result in the fast absorption of oxycodone, leading to an immediate feeling of mental calmness and euphoria. 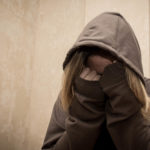 How Addictive is Percocet?

Is Percocet addictive at small doses? Yes, it can be. The oxycodone in Percocet has the ability to quickly induce dependency in the person consuming it. If monitored properly, small doses can yield the desired pain relief with minimal side effects. However, prolonged use or the consumption of higher doses, even while following a proper regimen, can bring about an increased risk of dependency and addiction.

Percocet abuse can lead to several undesirable side effects. Side effects may be physical or behavioral, ranging in intensity from mild to severe.

The physical side effects associated with Percocet abuse are:

Long-term Percocet abuse can result in changes in the social outlook and behavior of an individual.  Long-term behavioral side effects of Percocet use include:

The main reasons behind prescription misuse were:

Additionally, people misused prescription drugs for emotional support, insomnia, to experiment and to relieve symptoms of other drugs.

The Florida Medical Examiners Commission reported that 8,572 people used prescription opioids for non-medical reasons in 2016. It also reported that between 2015 and 2016 there was a steady increase in the number of deaths caused by prescription oxycodone. Percocet overdose can occur as a result of snorting, smoking or chewing the tablet, or ingesting higher than the recommended dose of the drug. This practice can result in serious and sometimes fatal consequences. Percocet overdose symptoms include: 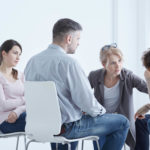 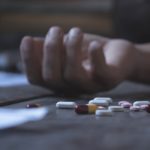 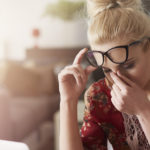 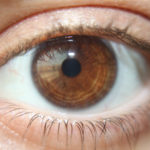 How to Get Off Percocet Addiction

It can take anywhere from a few weeks to months to get off Percocet. Self-realization is the first step in any addiction treatment process. Once an addiction is recognized, there are several treatment options, each tailored to the requirements of the patients.

Some important points about Percocet side effects and addiction are:

Contact The Recovery Village Palm Beach at Baptist Health for carefully designed and monitored treatment programs that can help people facing a substance use disorder. Take the first step toward a healthier future, call today.