Over the past year, multiple reports have come out about marijuana being laced with fentanyl. While at least one of these reports was later announced to be an error, other reports have been confirmed by the federal government. So far, marijuana laced with fentanyl has been found in Ohio and Canada. Because substances tend to spread across the United States, law enforcement officers think that more states will begin to see fentanyl in marijuana as time goes on. This may be very dangerous. Fentanyl is a narcotic that is 100 times stronger than morphine. It can take as little as 2 mg of fentanyl to kill someone, especially if they are not used to taking opioids. For this reason, fentanyl-laced marijuana may be a serious public health problem.

Fentanyl has long been mixed in some street drugs like narcotics. It is unclear why fentanyl has ended up in some recent marijuana samples. Possibilities include:

In October 2019, the federal government put out an international law enforcement bulletin about a recent drug seizure. At first glance, the substance appeared to be marijuana. However, when tested, the substance contained not only marijuana but also fentanyl, heroin, tramadol, and methamphetamine.

This news report came on the heels of a May 2019 report from Canada. Two teens in Canada had bought illegal marijuana and smoked it, not knowing that the product also contained fentanyl. The teens lost consciousness and began having convulsions, and police were called. The teens were able to be saved after law enforcement administered naloxone, an opioid-reversal agent that works to stop fentanyl overdose.

If someone begins to have opioid overdose symptoms, even if they are not aware they have taken an opioid, it is important to act quickly. Naloxone should be given if it is available, and 911 should be called. The person may need more than one dose of naloxone and may, therefore, require a doctor’s care.

It is possible to take precautions to avoid fentanyl-laced drugs, including marijuana. These precautions include:

If you or someone you love struggles with marijuana, help is here. Our trained professionals at The Recovery Village Palm Beach at Baptist Health are here to help. Contact us today to learn more about our evidence-based treatment programs. 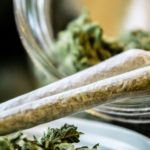 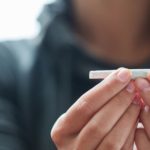