Brooke Nichole Dulka is a Postdoctoral Research Associate in the Department of Psychology at the University of Wisconsin-Milwaukee.... read more

LSD and acid are street names for the chemical lysergic acid diethylamide. It is manufactured from the lysergic acid compound found in ergot, a fungus that grows on grains. LSD was discovered by scientist Albert Hoffman in 1934, and it was previously studied in the context of treatment for psychiatric disorders. In the early 1970s, LSD was made illegal after it was classified as a Schedule I substance.

LSD is a very potent drug, and only a few micrograms of the chemical are necessary to cause strong hallucinations, or “acid trips.” Although it is not physically addictive like heroin or benzodiazepines, LSD abuse does occur. Acid trip effects can vary widely depending on the person and how much they use. The first step toward understanding LSD abuse is to learn more about the nature of the chemical itself.

LSD is a hallucinogen, meaning it belongs to the class of drugs that makes a person hallucinate. The chemical works in the brain primarily through activation of the serotonin system, and it also partially affects the brain’s dopamine system. LSD tabs, doses or hits are very strong and can have serious psychological side effects.

What Does LSD Do to You?

Sometimes these effects are experienced positively in the moment. However, a “bad trip” on LSD can be devastating psychologically and cause psychotic-like effects.

After taking this drug, an individual can feel the lingering effects of fatigue, anxiety or depression for upward of three days. Some reports also suggest that people can experience a “flashback” of perceptual disturbances caused by taking LSD in the past, despite the absence of recent use.

How Long Does an Acid Trip Last?

People who take the drug describe that acid trips occur in stages. These stages include a rising phase, the peak and the comedown. In total, an acid trip lasts about 12 hours. Specifically, the effects of LSD begin 30 to 60 minutes after taking the drug and peak after 1 to 5 hours. The effects gradually subside after 5 to 10 hours but can persist as long as 16 hours in total.

The LSD dosage people usually take is relatively small, usually measured in micrograms. The average effective acid trip dosage ranges from about 20 to 80 micrograms. Doses of 200 micrograms (which is not considered an abnormal amount) have been given in some clinical studies. The LSD route of administration is typically oral, but it can also be used intravenously or through inhalation.

Most commonly, the drug is laid on LSD blotter paper. These square sheets of blotter paper are generally brightly colored, and they are perforated so that an individual “hit” can be torn off from the rest of the sheet. However, LSD can also be found in the form of acid gel tabs or placed on sugar cubes. Sometimes, it is sold in a pure liquid form. The chemical itself is colorless and odorless.

There are many LSD slang terms that people use. Common street names for LSD include:

How Long Does LSD Stay in Your System?

However, most routine urine drug tests cannot detect LSD. Researchers can use two techniques to detect this drug in urine and blood. These are called liquid-liquid extraction and ultra-high-performance liquid chromatography-tandem mass spectroscopy (UHPLC-MS/MS). So while LSD can be detected, it isn’t usually practical to do so.

LSD is not physically addictive like an opioid, such as OxyContin, or benzodiazepines, such as Ativan. However, some evidence suggests that some people can get psychologically addicted to LSD. For instance, drug-related dreams are characteristic of addiction.

In one case report, a woman who had been using LSD for three years reported pleasantly dreaming about using the drug. Upon awakening, she was disappointed that it had all been a dream. So while it is rare to become addicted to this drug, it is possible to display addiction-like behaviors. LSD abuse does occur, however, particularly among teens and young adults.

There are several key points to keep in mind to better understand LSD. These points include:

One more thing to keep in mind is that when people buy and sell LSD on the street, it might not actually be LSD. Other drugs have been found on blotter paper and passed off as LSD. These “research chemicals” are potentially more dangerous than LSD itself. A person can never know what they are buying off of the street, what they are actually putting in their body or the effects it can have.

If you or a loved one is struggling with LSD use, The Recovery Village Palm Beach at Baptist Health can help. Contact us today to learn more about personalized treatment programs that can work well for your situation. 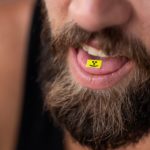