Kratom and kava are plant-based supplements consumed for their mood-enhancing and relaxing effects. Supplements come in various forms, with the raw leaves of both plants used to manufacture items for consumption. Although some of the effects of these substances are similar, kratom and kava come from different plants. They also work in different ways to produce similar effects.

People are often surprised to learn that kratom is a plant related to coffee. In kratom’s native Southeast Asian countries, locals often chew the leaves for energy and pain relief. In recent years, some of these countries outlawed kratom because of growing concern about the potential for addiction. However, the plant is still exported to the United States and other countries. Manufacturers crush the leaves and process them for commercial sale as a nutritional supplement.

U.S. consumers purchase kratom in powder form or as a liquid extract. The powder form is sometimes made into a tea or mixed into beverages. It’s also sold in capsule form, which many people prefer because of the strong taste of kratom powder. In liquid extract form, kratom comes as a potent concentrate, which is easy for people to consume in high doses. Kratom is used recreationally to promote relaxation or medicinally to help with various physical and mental health issues and promote well-being.

Kava is made out of the roots of the kava plant. The plant belongs to the pepper family, and it’s native to countries like Fiji and Indonesia. People in its native area use the root of the kava plant to create different types of tea and juice beverages. Some restaurants and bars mix it with either water or coconut milk to create drinks that are consumed socially or recreationally. Kava has also been used for ceremonial rituals.

In the U.S., kava is used as a tea, a supplement or even an extra ingredient in certain baked goods. Because of its relaxing qualities, it’s often used by those experiencing anxiety or insomnia.

Differences Between Kava and Kratom

Despite some similarities, kratom and kava are quite different. They come from entirely different plant families, and they act in different ways to produce their effects. Those weighing the benefits of kratom vs. kava should also consider the differences in how these supplements are used. Kratom is more widely used as a stimulant or for pain, and kava is more commonly used for anxiety, stress, and insomnia.

Kratom strains and effects are closely linked. For example, the Bali strain produces opioid-like euphoria. The Maeng Da strain acts more like a pain killer and stimulant. The dose also matters. In small doses, kratom produces some of the same stimulating effects as coffee. In larger doses, the effects are more sedating and are similar to those produced by opioid painkillers. Kratom is also known for its mood-enhancing properties. At very high dosages, kratom produces effects such as:

Kava’s effects are closer to those of a sedative or depressant. People who use it often do so to help promote sleep or to relax. Kava can also affect a person’s mood by affecting an area of the brain closely linked to emotions.

It’s important to note that kava doesn’t produce the same effects as opioids. It can produce relaxation and enhance moods, but it’s not addictive. However, kratom produces a high similar to opioids and carries the risk of developing tolerance or addiction.

Whether kratom is legal or not depends on where you live. Kratom remains on the Drug Enforcement Agency’s (DEA) “drugs of concern” list, and the decision to make it illegal has been deferred to individual states and counties. As of October 2019, six states have banned kratom. Five additional states have at least one county where the sale of kratom isn’t allowed. Additional states have pending legislation against kratom but have not yet passed laws banning it. In states where kratom is legal, it’s often sold in smoke shops or specialty stores.

In contrast, kava is legal in all states in the U.S. and has not been the subject of controversy in the way kratom has. Kava is sold in specialty stores as well as more mainstream stores, including grocery stores, pharmacies and other food and beverage stores.

Although both kratom and kava are natural plant-derived substances, each one carries unique physical and mental health risks. Kratom has been the source of scrutiny from both the DEA and the Food and Drug Administration (FDA) because of safety concerns. Kratom dangers include the potential for addiction and overdose, and research shows that kratom may cause addiction and withdrawal symptoms that are similar to those of heroin and other opioid drugs.

The number of overdoses related to kratom is a topic of debate. A recent CDC analysis of 27,000 deaths from drug overdoses cited 91 instances where kratom was the cause of death, which more than double the number previously reported by the FDA. The risk of overdose is believed to increase significantly in instances where people take kratom in addition to other illicit substances. Kratom is also not regulated by the FDA, meaning that purity isn’t guaranteed. Other kratom dangers include:

Can You Get Addicted to Kratom and Kava?

Kratom’s addiction potential is linked to its similarity with opioid drugs and the parts of the brain it activates. The supplement’s euphoric effects play a key role in the development of addiction, as some people may come to rely on the feelings they experience when taking it. People with a history of substance misuse are at higher risk for developing an addiction to kratom. Frequent use, especially at high doses, also greatly increases the risk of addiction.

Drug rehab facilities in Florida and other states recognize the need for specialized treatment. Many facilities offer specialized programs for people experiencing symptoms of kratom addiction. Currently, there’s no research suggesting that kava addiction is possible. Still, people who take kava should carefully consider its other dangers, including the risk of liver damage.

Kratom and kava may have legitimate physical and mental health benefits, but both come with unique risks for consumers. If you or a loved one feel you could benefit from treatment for a possible kratom addiction, The Recovery Village Palm Beach at Baptist Health is here to help. Contact us today to learn more about treatment programs that can work well for you. 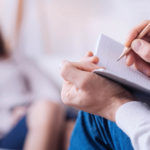 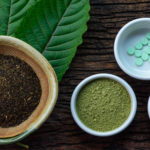 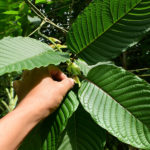