Methadone is a prescription medication used to treat pain and opioid dependence. It is important to know that methadone is an opioid itself with the potential for abuse, addiction, and overdose. Methadone is a Schedule II drug according to the DEA, meaning that it has extra controls and conditions when physicians prescribe it.

Methadone and other opioids work by activating opioid receptors on the surface of nerve and brain cells. Activating these receptors reduces the sensation of pain and can even cause pleasure. Even though methadone can be prescribed for pain, it is more often prescribed to treat opioid dependence and is dispensed through methadone clinics.

The way methadone works in the body makes it ideal to use for opioid dependency because it stays in the body for long periods and can be dosed once daily. A longer dosing interval means the drug is less likely to produce pleasure and euphoria than other opioids. However, these properties do not act as protection, and a person can overdose on methadone.

Methadone overdose is most common when it is abused, or in other words, when someone uses it without a prescription or they have a valid prescription and take too much. Taking more than one drug at a time is called polysubstance abuse, and it significantly increases the risk of overdose. Methadone overdose is much more likely when the drug is combined with other depressant drugs.

Tolerance is when a person has to take more of a drug to feel the same effects. Tolerance is determined by a mixture of genetics and drug use history.

Methadone has some cross-tolerance with other opioids, so someone using methadone for the first time will have a higher tolerance if they have abused other opioids in the past.

The relationship between drug tolerance and overdose risk is a complicated one. In general, a high drug tolerance has a protective effect against overdose, and those with a high tolerance can take more than someone with a low tolerance without the same risk of overdose.

However, a high tolerance can become problematic in certain situations, like when a person takes a break from methadone. Stopping methadone can “reset” or lower a person’s tolerance. So if they take a break and then return to the same dose they took before, they are at a high risk of overdose.

Overdose is more likely when the drug is mixed with other opioids or central nervous system (CNS) depressants. Examples may include:

The symptoms of methadone overdose are similar to other opioids and may include:

Overdose can cause the following complications while it’s happening and during aftercare:

Methadone can also contribute to an emergency condition called serotonin syndrome because it increases the neurotransmitter serotonin more than other opioids. People who take other drugs that increase serotonin are at a higher risk of this condition.

Between the years 1999 and 2006, overdose death rates for methadone increased by 600%. By 2007, the number began to stabilize and has since decreased by 39% percent in 2014. Despite the decline, the rate of overdose deaths still remains higher every year than in 1999.

People who use opioids (whether with a valid prescription or not) should know about the symptoms of an opioid overdose. Overdose is more likely with abuse but can happen even when taken as directed and under the supervision of a clinician.

Some tips to reduce the risk of overdose include never taking more than prescribed, not taking it with other drugs, and knowing how to manage overdose if it does occur.

What to Do for Methadone Overdose

To those who witness an opioid overdose, the CDC recommends the following steps:

People who use drugs or are around drug use should educate themselves on the recognition and prevention of harm from an opioid overdose.

Naloxone is an opioid reversal agent that is becoming more accessible in many states. Check your state’s laws regarding naloxone access, and consider carrying it if you spend time around drug users.

Recognizing and responding to overdose in the right way can save someone’s life.

If you or someone you know is abusing methadone, consider substance abuse treatment. Methadone and other opioids have a high risk of overdose and death when they are abused. Treatment for methadone addiction and recovery are available; call The Recovery Village Palm Beach at Baptist Health today.

About Methadone Abuse and Addiction 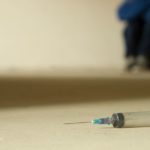