Among the most dangerous symptoms of severe alcohol withdrawal is delirium tremens (DTs), which affect approximately 3-5% of people who experience alcohol detox and withdrawal. Withdrawal delirium is a true medical emergency, with some estimates of the mortality rate of appropriately treated DTs being between 5-15%, and untreated DTs cases being as high as 37%.

The term “delirium tremens” was first introduced by the British physician Thomas Sutton in 1813 to describe symptoms of alcohol-induced delirium. It wasn’t until a landmark study carried out in 1955 that DTs and seizures (“rum fits”) were conclusively linked to alcohol withdrawal rather than intoxication.

Common symptoms of AUD withdrawal are fairly predictable, appearing about 6 hours after the last drink. Mild withdrawal symptoms include:

Moderate withdrawal symptoms set in within approximately 24 hours of the last drink, and include:

People with more pronounced AUD face an even more serious set of symptoms. In addition to the standard constellation of mild and moderate withdrawal symptoms, severe alcohol withdrawal may be associated with seizures and/or DTs.

DTs generally manifest about three days after withdrawal begins and persists for two to three days. In extreme cases, DTs may persist for more than eight days.

Other complications that may be associated with withdrawal delirium include:

The cause of death in cases of alcohol-induced DTs is usually:

The only reliable way to prevent DTs during alcohol withdrawal is through medically managed detox. Ideally, an accurate time frame of the last drink, withdrawal onset, and symptom development can be discerned in order to predict the progression of withdrawal symptoms. In addition, AUD patients should be screened for pre-existing conditions that may influence withdrawal, and if any are found, they should be treated.

Examples of pre-existing conditions that could be mistaken for DTs include:

There is currently no reliable way to predict who will experience DTs during severe withdrawal. The most significant risk factors for DTs include:

Further, Wernicke’s encephalopathy is an alcohol-related condition that is caused by low levels of thiamine and may increase the risk of DTs.

The overarching goals of treatment are to control agitation and minimize the risk of seizures, injury, and death. For the safety of the patient and the medical staff, this is best done in a locked inpatient ward or ICU. Care should be taken to avoid startling or upsetting the patient, and even the simplest procedures (e.g. taking a temperature) should be explained in detail before proceeding. A “watchful and sensitive approach” is crucial for the wellbeing of the patient.

The benzodiazepine family of sedatives is the mainstay of DT management. In addition to keeping the patient calm, benzodiazepines substantially reduce the risk of seizures. In some cases, benzodiazepine dosing can be prodigious, or extremely great in size, with examples of over 2,000 mg of diazepam being administered over the course of the first two days in some patients (the standard dose for adults is 2-10 mg per day).

Even with extremely high doses, some patients remain incredibly agitated. In this case, a barbiturate or the anesthetic propofol may be added to the benzodiazepine dose. Propofol requires mechanical breathing and may not be a viable option in some cases. In addition, patients who are experiencing severe psychosis may be administered the antipsychotic drug haloperidol, but this can increase seizure risk.

Finding Treatment for People with DTs

Supportive care throughout the medical management of DTs symptoms should be geared towards reorienting the patient to their surroundings and offering reassurance that they are safe and well-cared for. Vital signs must be monitored carefully, and maintaining adequate hydration is imperative. Chronic AUD is well-known to deplete thiamine (vitamin B1) in the body, so thiamine and a multivitamin are administered. In addition, electrolyte imbalances must be corrected.

When patients have recovered, it is imperative that they are offered a pathway of support that can help them overcome AUD. Before they are released from the hospital, they should be given the option to transfer directly into a quality residential rehab program. If possible, friends and family should also be present to give support and encouragement.

Alcohol use disorders are among the most prevalent substance use disorders in America. If you or someone you love is facing an alcohol use disorder, help is available. The Recovery Village Palm Beach at Baptist Health offers evidence-based rehab programs that are tailored to meet the unique needs of each client. Call us today to learn how we can help you on your path to recovery. 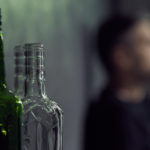 How Long Does it Take to Detox from Alcohol? 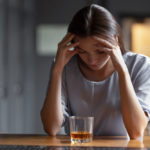