Tramadol is a pain medication that is commonly given to people with ongoing moderate or moderately severe pain. Due to its opioid-like effects, when tramadol is used inappropriately or other than intended, it can be addictive. If a person becomes addicted to tramadol, they may experience tramadol withdrawal symptoms when they stop using the drug. Tramadol detox treatment can aid in the withdrawal process and it makes it more comfortable for the person going through it.

A person who uses tramadol according to their prescription and not exceeding the daily dose recommendation is unlikely to experience the symptoms of withdrawal that a person abusing tramadol would feel.

Some physical tramadol withdrawal symptoms include:

The physical withdrawal symptoms associated with tramadol withdrawal are sometimes referred to as a tramadol hangover.

These types of withdrawal symptoms are less common than the physical symptoms and occur in only about 10% of cases.

Post acute withdrawal syndrome (PAWS), also known as protracted withdrawal symptoms, occurs when a person experiences long-term withdrawal symptoms after stopping tramadol use. These effects usually only occur in people who have used tramadol chronically and in very large doses. The symptoms are typically psychological rather than physical and can include feeling weak or fatigued, having intense cravings to use tramadol, depression, anxiety, insomnia and increased sensitivity to pain.

Can Tramadol Withdrawal Kill You?

While withdrawal from tramadol can be painful and challenging, the chance of death from withdrawal is unlikely. Tramadol deaths are more likely to be associated with an overdose. Going through the withdrawal process, though uncomfortable, will lead to a healthier lifestyle in the end.

How Long Does Tramadol Stay in Your System?

The tramadol withdrawal timeline will depend on how long it has been since the person last took the drug since withdrawal occurs as a reaction to the absence of the drug in a person’s system. The first signs of withdrawal will usually occur within a day of stopping use, given the short half-life of the drug. The full withdrawal process can take anywhere from ten days to several weeks. Tramadol Detox for Treatment of Withdrawal

Tramadol detox can help a person go through the tramadol withdrawal process. The goal of detox is to minimize harm to the person as their body adjusts to the absence of the drug. Ways to clean your body from tramadol vary based on individual needs.

Medical detox involves taking medication to lessen the withdrawal symptoms and make them more bearable. This is usually done in an inpatient setting, where the person can have 24-hour access to care when they need it. Two common questions related to medical detox for tramadol are:

Outpatient detox involves regular visits to a therapist or counselor who will monitor their progress and help keep them on track to recovery. People choosing outpatient detox may also receive medical help through the detox process but will not have the 24-hour care and access to professional help that an inpatient detox program has.

Undertaking Tramadol detox treatment at home may seem like an appealing option because the person can be comfortable in a familiar place. However, detoxing at home is difficult and requires extreme self-control. A couple of factors to consider about detoxing at home are:

Tips for Finding a Detox Center

It is important to find a detox center that fits your needs. The Substance Abuse and Mental Health Services Administration (SAMHSA) has a national helpline that can help a person who needs immediate assistance. They also have an online treatment locator that can help people treatment options.

Some key points to remember about tramadol withdrawal and tramadol detox are:

Contact The Recovery Village Palm Beach at Baptist Health today to speak with a representative about how professional addiction treatment can help you. 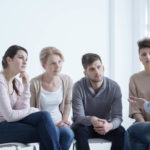