Polysubstance abuse happens when someone misuses more than one substance at a time or misuses multiple substances at different times within a short period.

People mix substances for many reasons. They may take multiple drugs with similar effects in order to amplify each drug’s effects. They may also take drugs with opposing effects in order to try to minimize negative side effects. Polysubstance abuse commonly occurs when people purposely combine substances while partying. Others engage in polysubstance abuse when they drink at unsafe levels while prescription drugs are still in their system.

Polydrug use can be dangerous. Though mixing drugs can increase the positive side effects, it can also elevate the negative ones. It can also make a person more likely to overdose.

What Is Polysubstance Abuse?

Forms of substance misuse include:

Polysubstance abuse is defined by misusing two or more substances at the same time or within a short period of time. Examples of polysubstance abuse include using multiple club drugs or taking someone else’s painkillers while drinking.

Alcohol is the most common substance involved in polysubstance abuse. Other substances that are often misused include:

Certain drug combinations may be more common than others, depending on the overall effect a person is looking for. A person who mixes substances may be trying to:

Mixing drugs can lead to a variety of negative side effects, depending on which drugs are taken. Combining drugs usually leads to short-term side effects, long-term physical or mental health issues and problems with dependence or addiction. Polysubstance abuse is also more likely to result in an overdose. Among young adults, the number of hospitalizations for combined drug and alcohol overdoses has risen in recent years.

Any substance can potentially create negative side effects while they’re in a person’s system, but polysubstance use can make these side effects worse. Sometimes, substances may also affect each other in surprising ways and result in unexpected effects. Some drug combinations are even fatal. There are a few reasons why mixing substances can be so harmful:

Polysubstance abuse can also lead to long-term health problems. Those who use multiple drugs have a higher risk of overdose and often end up with damage to organs such as the liver, kidneys, heart, and brain. In some cases, one substance can worsen the long-term effects of another substance. For example, people who inject drugs are at risk of getting hepatitis C, and the combination of this virus and heavy drinking can result in severe liver damage.

The detox process may be more challenging for people who are dealing with dependence on multiple substances. In addition, a person may have more severe or long-lasting withdrawal symptoms if they try to detox from several things at once. Rehab may also be more difficult because treatments may not work as well. For example, many substances interact with methadone and can make it less effective.

In one study, over half of people entering an addiction treatment program for the first time reported using other substances. Unfortunately, treatment is less likely to be effective when people use multiple drugs. A good drug addiction treatment program should be able to evaluate and address each substance a person is taking, as well as address any physical or mental health problems they may be dealing with.

If you are struggling with polysubstance abuse, The Recovery Village Palm Beach at Baptist Health can help. Our professional treatment programs can help you detox safely, build new habits and learn how to live a substance-free life. Contact us today to learn more about treatment options that can work well for your situation. 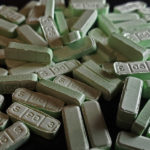 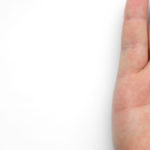 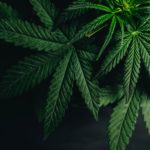 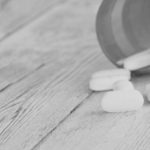 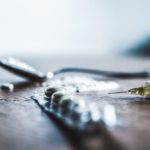 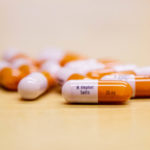