The psychoactive drug ayahuasca has a long history of use among religious and shamanic tribes in the Amazon basin. More recently, ayahuasca became a recreational drug used illicitly in the United States.

Ayahuasca is a brewed tea that is a mix of psychoactive compounds isolated from the Banisteriopsis caapi vine and other plant species. The ayahuasca drug was an entheogen (a drug used in ritualistic or shamanic ceremonies) among indigenous people in the Amazon basin. It recently was illicitly adapted for recreational purposes in the United States.

Because of its long-time usage, many people wonder if ayahuasca is safe. Under most recreational circumstances, it is not safe. While long-term, negative effects of the drug itself remain largely undefined, the psychoactive “trip” that comes with ingesting ayahuasca can lead to serious consequences. There have even been deaths indirectly associated with ayahuasca use. 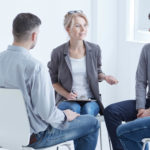 Ayahuasca has a long, well-documented history of use among indigenous peoples in the Amazon basin with reference to its use dating back to at least 2000 B.C. However, the origin of ayahuasca is not fully understood. Ayahuasca is a potent hallucinogen that was traditionally consumed as a tea under the guidance of a shaman with the goal of curing physical and mental ailments and as a way to connect to the supernatural world.

Although ayahuasca is currently a banned substance in Brazil and most other countries, churches dedicated to the traditional use of ayahuasca have sometimes been granted exemptions as a nod to the significant religious affiliations associated with ayahuasca.

What is Ayahuasca Made Of?

In order to undergo the spiritual “trip” associated with consuming ayahuasca tea, the brew must include components of both the Banisteriopsis caapi vine and a leaf (commonly P. viridis or Diplopterys cabrerana). It is likely that the synergistic effect of these plant compounds was discovered somewhat accidentally and was refined to make the drug used in shamanic ceremonies.

The compound that is responsible for the hallucinogenic effect of ayahuasca is dimethyltryptamine (DMT). Pharmacologically, DMT is a serotonin receptor agonist, meaning that it is interpreted by the brain as serotonin. For DMT to exert its psychoactive properties, a monoamine oxidase inhibitor (MAOI) must be present to prevent the rapid breakdown of DMT.

During processing, DMT is extracted from the leaves of P. viridis or other plant species, and MAOIs are extracted from the B. caapi vine. Although both of these compounds are found endogenously in the human body, artificially manipulating the levels of DMT or MAOIs can cause serious complications.

What Is Ayahuasca Used For?

Traditionally, ayahuasca uses were limited to seeking spiritual guidance through religious ceremonies that were governed by an experienced shaman. More recently, ayahuasca has been used as a recreational hallucinogen.

The hallucinogenic component (DMT) of ayahuasca tea is illegal in the United States, but the plants from which the drug’s elements are derived are not. Some religious groups have had marginal success petitioning for exemptions from criminal repercussions under the Religious Freedom Restoration Act.

Ayahuasca has been the focus of substantial research in the United States as a potential therapeutic agent for diseases. These studies, while promising, remain preliminary. There is currently no medically valid use for ayahuasca and its use remains illegal in almost every instance.

What is the Ayahuasca Experience?

Many people are drawn to the ayahuasca experience after reading about or hearing celebrities endorse the spiritual journey that ayahuasca can potentiate. While many people experience enjoyable psychedelic effects, some reports indicate that the experience can be terrifying and have negative effects on mental health.

Ayahuasca is consumed as a thick tea. Approximately 30 minutes after consuming the tea, most people experience nausea or vomiting that coincides with the onset of hallucinations. The psychedelic trip associated with ayahuasca generally peaks within an hour and can persist for up to six hours. Many people report the perception of a near-death experience when they are on ayahuasca. The ayahuasca drug is consumed as a thick, dark tea that is made by combining decoctions of plants containing DMT and MAOIs. The amount of tea consumed correlates with the subsequent “trip” that is experienced.

There are several alternative names for ayahuasca, most of which are derivatives of “ayahuasca” or which refer to the plants that are used to make ayahuasca or the tribes that use the drug in religious ceremonies:

The pharmacological consequence of DMT ingestion is essentially increased levels of serotonin in the brain. This can lead to serotonin syndrome, which is characterized by shivering, trembling, muscle rigidity and loss of muscle coordination. Extreme cases can cause seizures, even death. Many antidepressants are serotonin reuptake inhibitors, as are some anti-migraine drugs, pain medications, and even herbal supplements. Using ayahuasca can be particularly dangerous for individuals taking drugs that affect serotonin levels.

While sustaining permanent damage from ayahuasca use is rare, a history of psychosis, even in family members, may predispose an ayahuasca user for serious psychotic episodes or long-term depersonalization syndrome.

Related Topic: Can you overdose on DMT?

How Long Does Ayahuasca Stay in Your System?

The active, illicit component of ayahuasca is DMT, which metabolizes rapidly. DMT is undetectable in blood a few hours after ingestion and is undetectable in urine within 24 hours. Because DMT and its metabolites are endogenous, a positive DMT test may not necessarily reflect illicit drug use.

There is currently no scientific evidence indicating that ayahuasca (or DMT) is addictive. Some users have reported a psychological desire to recapitulate the perceived positive associations they experience during an ayahuasca trip. It is worth noting that ayahuasca is currently being evaluated as a therapeutic option for substance use disorder, but data collected is very preliminary and research is ongoing.

Overall, ayahuasca is not a drug that should be used recreationally.

If you or a loved one struggle with a substance use disorder, The Recovery Village Palm Beach at Baptist Health can help. Call to speak with a representative to learn how professional addiction treatment can help people achieve their sobriety goals.