Home Drugs Adderall How Long Does Marijuana Stay in Your System?

Concerta and Adderall are two of the most common drugs to treat attention-deficit/hyperactivity disorder (ADHD). Both drugs are stimulants and Schedule II controlled substances and work similarly. Although they are chemical cousins, there are differences between them.

Are Concerta and Adderall the Same?

Concerta and Adderall are different drugs with similar effects. Both drugs are central nervous system stimulants used to treat ADHD.

Adderall is also specifically FDA-approved for ADHD. The drug is a mixture of dextroamphetamine and amphetamine salts. It comes in two dosage forms, a long-acting form sold as Adderall XR and a short-acting form sold simply as Adderall. The Adderall dosage form is also FDA-approved to treat the sleeping disorder narcolepsy. Because it is short-acting, Adderall can be given multiple times daily at four to six-hour intervals. In contrast, Adderall XR, which is long-acting, is only given once daily.

How Does Concerta Feel Compared to Adderall?

As similar drugs, Concerta and Adderall have extremely similar effects. Concerta starts to work within the first hour after taking the medication, and its levels in the body continue to increase for around 10 hours before the drug wears off. It is designed this way so it can be taken in the morning but will wear off before bedtime.

Can You Substitute Concerta for Adderall?

You should not substitute Concerta for Adderall or vice versa unless your doctor specifically instructed you to. Because both Adderall and Concerta are addictive Schedule II controlled substances, they should only be taken exactly as prescribed by the person to whom they were prescribed.

A doctor might prescribe a person both Concerta and Adderall in specific cases. An example might be a person with ADHD who is prescribed Concerta to take in the morning when they wake up. Because the drug wears off after around 10 hours, a doctor might prescribe a single dose of short-acting Adderall to help the person with ADHD focus throughout the late afternoon and evening, as the drug would hopefully wear off before bedtime.

Concerta and Adderall are available at different doses. When comparing the two, it is difficult to determine which one is stronger, partly because they last for different durations. This means a 54 mg dose of Concerta may be expected to last 10 hours and cannot fairly be compared to a 30 mg dose of Adderall, which may only last four hours.

Concerta vs. Adderall Side Effects

Concerta vs. Adderall for Studying

Neither Concerta nor Adderall is recommended to help a person without ADHD focus on studying. Nonetheless, abuse of stimulants like Concerta and Adderall is unfortunately common. Although only about 8% of college students have ADHD, up to 20% take stimulants to focus, generally using drugs that have not been prescribed to them. This is dangerous, as stimulant misuse in students strongly correlates with developing substance use disorders.

Both Concerta and Adderall XR are long-acting drugs tspecially formulated to take hours to reach maximum levels in your body. It is difficult to get high off either of them as a result. Adderall XR comes in a time-release matrix, while Concerta comes in an osmotic release system.

In contrast, it is possible to get high off short-acting Adderall because the drug’s quick-acting design does not come in an abuse-deterrent formulation to slow down its absorption. This can be very dangerous, not only because controlled substance abuse can lead to addiction and dependence. An Adderall overdose is also possible and can lead to symptoms like:

A stimulant overdose is a medical emergency, and you should call 911 if you suspect someone has taken too much.

Getting Help for Stimulant Abuse in Florida

Stimulant abuse can be dangerous, leading to addiction and even overdose. Fortunately, help is available. At The Recovery Village at Baptist Health, we offer a full continuum of services to get you off stimulants and keep you sober over the long term. We are with you every step of the way, from our inpatient medical detox program, where we wean you off Adderall and Concerta, to our inpatient and outpatient rehab options, where we help you learn the skills to support your long-term sobriety. We accept many insurance options like Aetna, BeHealthy Florida, America’s Choice and Cigna and will work with you on payment. If you or a loved one struggles with stimulants, don’t wait — contact us today to learn how we can help. 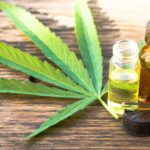