Kevin Wandler is the chief medical officer at Advanced Recovery Systems. With more than 30 years of experience in addiction medicine,... read more

Electroconvulsive therapy (ECT) is a procedure where electrical stimulation is given to a person’s brain while they are under anesthesia. The stimulation causes the person to experience a brief seizure. ECT is a therapy used for severe cases of major depressive disorder, bipolar disorder and schizophrenia when other therapies have been ineffective

What Is Electroconvulsive Therapy?

Electroconvulsive therapy involves stimulating the brain with small electric shocks to induce a controlled seizure in a person who is under anesthesia. ECT is used to treat people with severe mental health disorders. Though the mechanism of how it works is largely unknown, it has been used to treat severe mental health disorders for nearly 80 years.

The history of ECT treatment dates back to the early 1900s, when scientists noticed a link between seizures and the relief of mental health symptoms. At first, a medication was used to cause a person to convulse, but the other side effects of the drug were unbearable. As a result, scientists started using electric current to induce seizures in patients instead.

In the 1940s and 1950s, ECT was first used in the United States to treat patients with severe mental health disorders. Electroconvulsive therapy was historically called “electric shock therapy” and was a rougher experience than the therapy of today. Originally, anesthesia was not given to the patient. This would cause the patient to experience a full-body seizure that would sometimes result in injuries such as broken bones or teeth.

Since then, the therapy has been improved. Anesthesia and a muscle relaxant are used to minimize the full-body seizure and concentrate it to the brain. How Is ECT Administered?

ECT is administered by a team of medical professionals, including a psychiatrist, anesthesiologist and nurse. The procedure is relatively quick and is done multiple times a week. The total number of treatments will depend on the severity of the disorder and how quickly the patient starts to see improvement in their symptoms.

Prior to receiving ECT, a patient will undergo a mental health and physical exam to check that they are healthy enough to have the procedure. This includes examination by a psychiatrist and an electrocardiogram (ECG) to make sure their heart is healthy. Patients will go over the risks and benefits with their physician and give consent prior to the procedure.

On the day of the procedure, that person will be given a muscle relaxant and general anesthesia to put them to sleep. Electrodes are then attached to their skull in precise locations, and electrical stimulation is given to the brain in short pulses. This will cause the brain to seize for about one minute. Afterward, the patient will be brought out of the anesthesia. It will take five to 10 minutes for them to wake up and up to an hour to feel fully alert again.

This procedure is typically done two to three times a week for a total of six to 12 treatments. This will continue until the person starts to feel relief from the severity of their symptoms. If ECT is used for maintenance treatment, it will also be administered once a week or once every few months.

Electroconvulsive therapy does have some side effects. A person may experience side effects caused by the general anesthesia and brain stimulation. ECT side effects include:

The side effects of ECT will typically last between a few hours and a few days following the procedure, but they should resolve on their own.

The goal of electroconvulsive therapy is to rapidly relieve the symptoms of mental health disorders. ECT is a treatment that is used for major depressive disorder, bipolar disorder and schizophrenia. 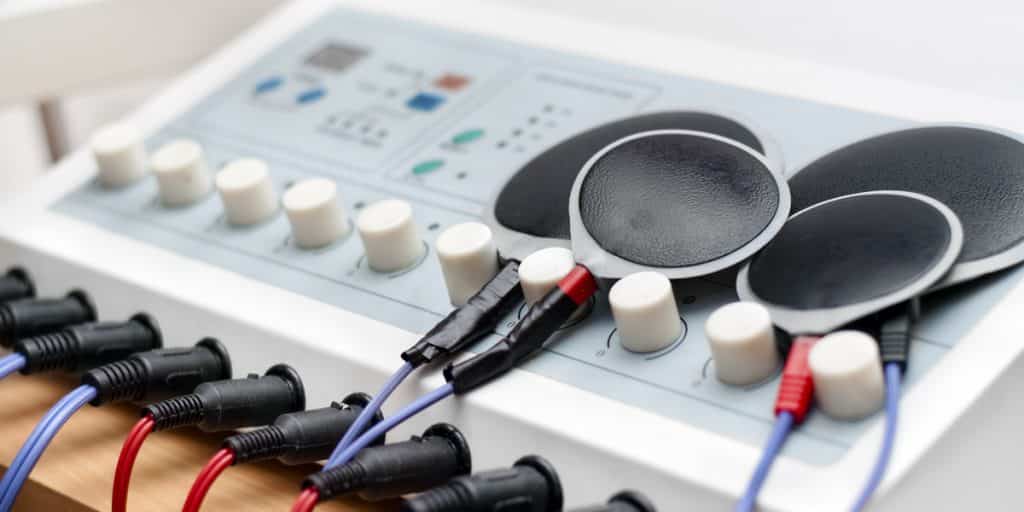 Who Should Consider Electroconvulsive Therapy?

Electroconvulsive therapy is most useful in the treatment of mental health disorders where other therapies, such as medication and psychotherapy, have been ineffective. It can also be used for patients who have unbearable side effects from their medications or who need to rapidly improve their symptoms. It is commonly used when a person is at risk of committing suicide.

Why Is Electroconvulsive Therapy so Controversial?

The controversy of electroconvulsive therapy comes mostly from its early use without anesthesia and the injuries this caused. ECT has been stigmatized in the media and films by its depictions as a brutal and painful therapy. Since its early use, research has improved the treatment and made it more safe and effective for patients.

The controversy of electroconvulsive therapy is also related to the evidence and ethics of the procedure. Some physicians still question the effectiveness of the treatment versus the risks of side effects it can cause. There is documented evidence of it being effective for people who have no other treatment options. However, other studies have shown that relapse of the mental health disorder is common following the procedure. Given that it may not offer a long-term solution, some physicians argue ECT is not worth the risk unless it’s used as a last resort.

A person considering ECT should discuss the risks and benefits with their physician.

Electroconvulsive therapy is not painful because a person receiving ECT is put under anesthesia and given a muscle relaxant. They will not feel anything during the procedure and will not remember the procedure after they wake up. As mentioned earlier, ECT treatment side effects can occur but should resolve within a few hours or days of undergoing the procedure.

Besides the minor ECT therapy side effects that can occur, there is also a chance of more long-term risks. One long-term effect of ECT is memory loss. This can be short- or long-term, but it usually resolves after treatment. If it does not, it can cause gaps in memory about events that occurred before the procedure.

Despite its effectiveness in many cases, the effects of ECT on the brain are not completely understood. There are many theories about how ECT changes the brain to improve mental health symptoms. These theories state that ECT alters the brain’s electrical wiring, causes new neurons to grow, increases blood flow, changes metabolism or changes chemical levels in the brain. However, much more research is needed to understand how ECT is able to work effectively as a treatment for mental health issues. Behavioral Therapies to Help You Recover

The Recovery Village Palm Beach at Baptist Health is a treatment center that offers substance abuse treatment and mental health recovery. Our care programs include a number of evidence-based behavioral therapy treatment modalities to help clients move toward wellness and long-term recovery. For more information about the specific behavioral therapies offered at our center, reach out to a representative today.

ECT is most commonly used to treat major depressive disorder and has been largely effective. Studies show that 70% to 90% of patients receiving ECT for this disorder have seen improvement in their symptoms. ECT is less commonly used to treat schizophrenia, but it has also been effective for these patients, especially when combined with medication.

ECT can also be used to treat a condition called catatonia, where a person is effectively in a coma from depression. They are usually not eating or drinking and are agitated or unresponsive. Medication is the first mode of treatment used for people experiencing catatonia, but ECT is used in severe cases or when the person does not respond to medication. It has been reported that 85% of people receiving ECT to treat catatonia have successfully responded to the treatment.

Electroconvulsive therapy effectiveness sometimes depends on how it is combined with other therapies. For instance, when treating schizophrenia, ECT is more effective when combined with the patient’s existing medication regimen.

One of the major benefits of ECT is that it starts to work faster than medication. If a person has not previously been taking medications for their mental health disorder, a new treatment regimen can take weeks or even months to start working and relieving the person’s symptoms. If the symptoms are severe and the person is looking for more immediate relief, ECT may be a good option.

Additionally, medications can sometimes have undesirable side effects, which vary from person to person. If an individual finds that they are having severe side effects from a medication, ECT may be an option. ECT also has side effects, however, so the risks and benefits should be discussed with a medical professional.

There are several risks of ECT, which can be short- or long-term. The risks and benefits of the procedure should be discussed prior to undergoing ECT. Risks include:

Some people may experience nausea following ECT treatment. This could be from the treatment itself or headaches caused by the treatment. It may also come as a side effect of anesthesia. Nausea is not a very common side effect, occurring in 1% to 23% of patients receiving ECT.

Post-ECT confusion can occur for a few minutes to hours. ECT confusion can be the result of being under general anesthesia or it can be from the seizure that occurs during ECT. The confusion will usually clear on its own, but there are rare occasions where it may last longer.

With ECT, memory loss is possible. Some people will experience short-term memory loss from ECT, where they have trouble remembering events in the days or weeks leading up to the procedure. Some people may also experience difficulties in learning new things following the treatment. ECT memory loss recovery usually occurs within a couple months of the final treatment.

Although ECT is effective in treating people with severe mental health issues, it is not a sole cure for these conditions. In addition to ECT, a person should continue to undergo therapies that will provide long-term maintenance of their disorder, such as medication or psychotherapy.

In some cases, ECT can be used as an ongoing or maintenance treatment. This ongoing treatment is used when patients are unresponsive to medications or have severe side effects from them. When used as a maintenance therapy, patients will usually receive treatments one or two times a month.

What Does Electroconvulsive Therapy Cost?

The cost of electroconvulsive therapy is estimated to be between $300 to $1000 per treatment. Since most people will undergo anywhere from six to 12 treatments along with additional maintenance treatments, the total ECT cost may exceed $10,000 per year.

The cost of electroconvulsive therapy will usually be at least partially covered by insurance plans that offer coverage for psychiatric disorders.

There are a couple of key points to remember about ECT, including:

Addiction and mental health challenges can be difficult, but you don’t have to face them alone. If you or a loved is living with a substance use or co-occurring mental health disorder, evidence-based care is available. Call The Recovery Village Palm Beach at Baptist Health today for more information.