Florida’s plan to import drugs from Canada could soon become a reality as Trump administration greenlights new rules and guidelines to allow states to import prescription drugs for government-operated programs.

The new rule would apply to a few states who want approval from the federal government. Recently Florida Governor Ron DeSantis spoke about the change with U.S. Health and Human Services Secretary Alex Azar. Many took this to signal an increasing priority on prescription drug pricing in the state of Florida. DeSantis is a Trump ally and he has promoted the import plan as a way to lower drug costs. Last Spring, DeSantis pushed a bill through the legislature that would let him go directly to the federal government for approval.

Azar said as prescription drug cost increases, the decision to import Canadian drugs in Florida could bring significant benefits to the U.S. Along with the rules that have been enacted in the U.S., however, Canada would also have to agree to work with Florida. Currently, Canada only negotiates with drug companies to cover medicines for Canadians. The Legislature in Florida would also need almost $20 million to hire a contractor at the Agency for Health Care Administration to implement the program.

The move to important Canadian drugs would help meet Florida’s needs for prescription drugs in programs like Medicaid and prison health care. Azar said the federal government is going to work on guidelines for drug manufacturers in America to also import from Canada, with the hope of eventually letting American consumers get cheaper drugs at local pharmacies and hospitals.

Why are prescription drugs cheaper in Canada? Historically it’s been illegal to import drugs from Canada. In Canada, drugs are cheaper partially because the government controls how much a pharmaceutical company can charge for the medicine. However, along with the Florida move, more states are working on dealing with the increasing cost of prescription drugs.

For example, Vermont, Colorado, and Maine have all been weighing plans to import drugs from abroad.

Will This Strengthen the Florida Opioid Crisis?

The Florida opioid crisis continues to wreak havoc on the state in many ways, and there are ongoing efforts to boost Florida’s prescription drug monitoring. According to the National Institute on Drug Abuse, the rate of drug overdose deaths in Florida increased significantly in Florida from 2016 to 2017. The majority of those overdose deaths involved an opioid, according to reports.

So, would importing drugs from Canada to the U.S. make this problem worse?

Likely not, at least as it stands now. The import plan won’t include controlled substances or intravenous drugs, nor will it include biologics which are expensive such as Humira, which is used for the treatment of rheumatoid arthritis.

While there has been support for the moves in Florida, some have expressed concerns and criticisms, including Jim Greenwood, who is president and CEO of the Biotechnology Innovation Organization, a drug industry group. To date, the drug industry has opposed reforms on drug pricing. Some Canadian officials have expressed their own concerns that importing drugs to the U.S. could lead to shortages in their country and wouldn’t have any significant impact on costs for U.S. consumers.

For more information about drug treatment options and programs please reach out to The Recovery Village Palm Beach at Baptist Health today. 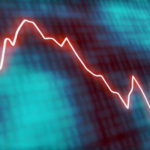