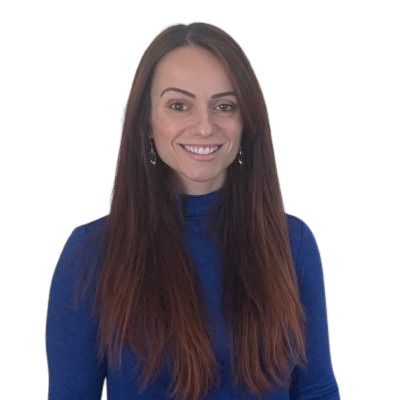 Michelle Giordano has been a licensed pharmacist in New York State for nearly two decades. She received her doctorate in pharmacology... read more

Vyvanse and Adderall are both prescription medications used to treat attention hyperactivity disorder (ADHD) in children and adults. These medications belong to a class of drugs known as amphetamines, and they work by stimulating the central nervous system. Specifically, they increase levels of dopamine and norepinephrine, allowing an individual to control impulses and focus better. Some misuse Vyvanse and Adderall to experience these effects, which can lead to dependence and addiction. Due to these risks, both medications are classified as Schedule II controlled substances.

Although they work in a similar way, Vyvanse and Adderall have different potencies. As a result, their effectiveness, side effects and risks for abuse may differ slightly. There are also several other small but important differences between the two medications to keep in mind.

Difference Between Vyvanse and Adderall

Is Vyvanse Stronger Than Adderall?

There is little data available comparing the strength of Vyvanse and Adderall. However, it is known that each drug is metabolized in different ways, which can influence the duration of effects.

When ingested, Vyvanse must come into contact with red blood cells before being converted into dextroamphetamine, which directly produces the stimulant effect. In doing so, it acts more like an extended-release medication and controls the amount of medication that is released in your body over time.

Once Adderall is metabolized, however, it is readily available to produce its stimulant effect. Adderall is also available in an extended-release formulation that slows the amount of medication released in the body over time.

When comparing medications in the same drug class, dosages that require a smaller amount to produce the same effect are generally considered more potent. In the case of Vyvanse and Adderall, it takes a smaller dosage of Adderall to generate the same effect as Vyvanse. The general guideline is that as the daily Vyvanse dose is increased by 10 mg, the total daily dose of Adderall is increased by 5 mg. It’s important to note many people take Adderall doses twice a day, while others take Vyvanse once a day.

However, someone using these medications should never take it upon themselves to change dosages, particularly between medications. This must be done under the direction of a licensed medical professional, who considers the person’s health and reaction to side effects, among other factors.

If someone is on a dose of Adderall and needs to switch to Vyvanse, the same general rule may be applied. For instance, Adderall 10 mg over the course of the day (two 5 mg doses) would be equivalent to one Vyvanse 30 mg dose per day.

Can You Take Vyvanse and Adderall Together?

There is no clinical benefit in taking these two medications together for ADHD. In the rare case that a person is suffering from both narcolepsy and binge eating disorder, a prescriber may use a stimulant for one condition and choose another type of drug for the other. For example, a physician may prescribe Vyvanse for binge eating disorder and pitolisant for narcolepsy.

Taking Vyvanse and Adderall together can also be dangerous, as taking two stimulants at the same time can increase the potential for harmful side effects.

Vyvanse vs. Adderall Side Effects

Common side effects of Vyvanse and Adderall include:

Side effects unique to Vyvanse include:

Side effects unique to Adderall include

Vyvanse vs. Adderall Efficacy and Effectiveness

There is little research that compares the efficacy of Vyvanse and Adderall. The few studies that analyzed the efficacy of these drugs show similar improvement of ADHD symptoms. Vyvanse may be a better option for prescribers because it is associated with less severe side effects, better adherence to therapy and less potential for abuse. However, Vyvanse cannot be used in children under the age of six. Adderall, on the other hand, can be used in children as young as three years old.

Amphetamines present a major risk for abuse, particularly among teens and young adults. The effects of these drugs allow a person to feel more productive and confident, which are attractive qualities to most people. Teenagers and young adults may be under enormous pressure to finish papers, study for an exam or complete assignments at work. They tend to abuse amphetamines because these substances increase energy, making it possible to meet deadlines or accomplish long nights of studying.

Others may abuse this drug for its appetite-suppressing effects. Societal expectations of physical appearance are still an issue in this country, making the need to lose weight an important factor for many individuals. Amphetamines also generate the release of dopamine in the brain, which is notoriously known to lower inhibitions and create a feeling of joy. This effect allows people to feel more sociable and less shy.

It’s estimated that among the 16 million adults who were using prescription stimulants in 2017, five million were misusing them. This is a problem that is only trending upward, but the good news is that effective treatment options and recovery resources are available.

A comprehensive approach is essential in treating Vyvanse and Adderall addiction. The first step in the recovery process is to detox the body of the substance. This can be uncomfortable due to withdrawal symptoms that may occur, but a detox program can help relieve symptoms by providing medical support. Following the detox stage, inpatient and outpatient treatment programs provide a supportive and healing environment that helps people learn how to maintain a substance-free lifestyle.

If you or someone you love is ready to begin treatment for drug abuse and addiction, The Recovery Village at Baptist Health can help. Our multidisciplinary team of addiction experts provides a full continuum of care that ranges from medical detox to long-term aftercare services. We are committed to helping you begin the path to a healthier, substance-free future in lifelong recovery. Contact us today to learn more about treatment programs that can work well for your situation.