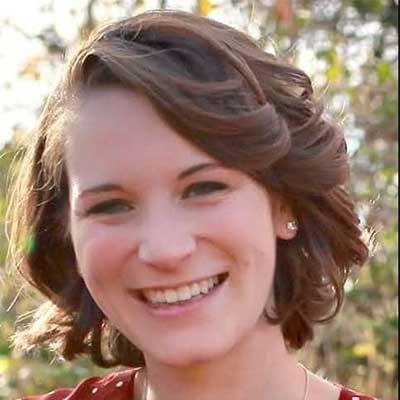 Kathleen is a licensed pharmacist in New Jersey. She earned her Doctorate of Pharmacy from Rutgers University. She currently works in... read more

Heroin is an opioid and it is a chemically modified version of morphine (heroin’s chemical name is diacetylmorphine), first marketed by a pharmaceutical company in the late 1890s as a cough suppressant. It was also thought that heroin provided the same medicinal benefits for pain relief as morphine without the side effects associated with morphine. However, when the overwhelming addictive nature of heroin was recognized by physicians and the government, the medicinal use of heroin was outlawed in the United States in 1932.

Heroin is currently classified as a Schedule I controlled substance in the United States due to it having no medicinal value and its misuse being associated with significant danger, including death.

Heroin was recognized for its addictive characteristics since the early 1900s when regulations and laws were enacted in many countries to classify the substance as an illegal drug. However, recently, and coinciding with the upsurge of abuse and addiction to prescription opioid painkillers, the misuse of heroin and the amount of people suffering from heroin addiction has increased dramatically.

The misuse of heroin is dangerous. The Centers for Disease Control and Prevention (CDC) estimates that heroin-related overdose deaths increased more than 5 times between the years of 2010 and 2017. Currently, heroin addiction is an epidemic that has affected people of all demographics, including groups that were historically identified as low-risk, including women and people with higher incomes.

Understanding the addictive characteristics of heroin and being aware of the signs and symptoms of heroin addiction are vital to providing intervention and appropriate treatment to begin the path to recovery and healthy living. 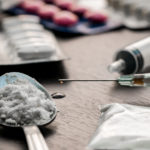 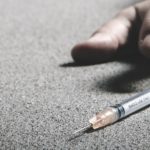 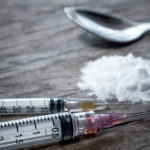 How is Heroin Abused?

Heroin use causes an intense, euphoric high and equally intense withdrawal symptoms when its effects wear off. Heroin can be taken orally, injected, snorted or smoked. Injecting heroin, either into the skin, known as “skin-popping”, or intravenously, known as “mainlining”, is the most commonly used method because it leads to the quickest and most effective “high”. Heroin is commonly used along with other drugs or alcohol. One example is mixing crack cocaine with heroin to create a “speedball.”

The euphoric sensation and feelings of relaxation caused by the use of heroin begins wearing off three to five hours after use, depending on the dose. It is common for experienced heroin users to use heroin multiple times in a day to prevent withdrawal symptoms. The signs of snorting heroin, smoking heroin and injecting heroin are relatively similar.

Signs of Heroin Use

Because of the relatively short duration of action for heroin, people with addiction cycle through psychological and physical behaviors in a single day. Habitual heroin users shift between a docile and relaxed state during the high then to an irritable and aggressive state when withdrawal symptoms start. Knowing the signs of heroin abuse and addiction is important in recognizing a substance use disorder and providing a path to recovery from heroin abuse.

The physical effects of heroin use include:

The physical symptoms of withdrawal from heroin include:

Behaviors due to psychological effects of heroin include:

Drug-seeking behaviors associated with addiction include:

Heroin looks like a white or brown powder or a black, sticky goo, and it is commonly kept with specific tools used to take it, also known as drug paraphernalia. The specific tools needed to use heroin are commonly referred to as a heroin kit.

The types of heroin paraphernalia used depends on the individual’s preferred method for using the substance. For example:

Side Effects of Heroin Abuse

Heroin abuse symptoms can lead to devastating short term and long term effects. The extent of the negative effects that may result from the use of heroin depends on the extent of use (short term or long term), the dose of heroin used, other drugs used with heroin and the environmental conditions of use (e.g., the use of dirty or contaminated needles to inject heroin).

Heroin enters the brain rapidly and quickly binds to certain receptors called opioid receptors. The desirable “high” experienced is reported by heroin users as a “rush”. However, the rush of pleasurable feelings is accompanied by multiple short-term effects of heroin, including:

Heroin enters the brain rapidly and quickly binds to certain receptors called opioid receptors. The desirable “high” experienced is reported by heroin users as a “rush”. However, the rush of pleasurable feelings is accompanied by multiple short-term effects of heroin, including:

The CDC estimates that more than nine in ten people who have used heroin have also used at least one other drug. A common practice in polysubstance abuse is to mix an “upper” such as the stimulants cocaine or methamphetamine with a “downer” such as heroin. Mixing meth and heroin is referred to as a “Goofball” and a cocaine and heroin mix is sometimes called a “Bombita” or “Speedball”. Polysubstance abuse is dangerous because the symptoms of overdose from one drug may either be masked or exaggerated by the use of another drug.

There are many reasons why a person may initially use heroin recreationally. For some, it may be the first time misusing a substance, while for others it may be an option that is next in line after a tolerance has been developed to another substance of abuse. One common and concerning cause for heroin addiction and misuse is the need for the individual to “self-medicate” to cope with mental health disorders.

Another concerning risk factor for heroin use and addiction is prescription opioid misuse. Prescription opioids and heroin have similar effects. However, heroin typically is a convenient and lower-cost alternative when other opioids of choice become too difficult to acquire. Heroin is a highly addictive drug with undesirable withdrawal symptoms. These two characteristics may make a user feel a compulsive need to continue to use the substance, even after the initial exposure to heroin.

Heroin withdrawal is uncomfortable and the desire to not endure withdrawal symptoms feeds into the compulsive drug-seeking behaviors that are consistent with heroin abuse and addiction.

Signs of heroin withdrawal include:

Heroin withdrawal symptoms can be managed through supportive care measures and can be mitigated by certain medications, such as clonidine, methadone and buprenorphine. Heroin withdrawal should be managed by an experienced healthcare professional to ensure that all the physical and psychological needs of the individual are met to achieve the best chance for a successful recovery. Heroin use has increased in recent years across many demographics, including men and women, all income levels and most age groups. The greatest increases for heroin use are seen with young adults ages 18 to 25 years old. Some interesting facts regarding heroin abuse include:

Florida has recently experienced a surge in drug overdose deaths — a majority involving the misuse of opioids. According to the National Institute on Drug Abuse, the age-adjusted rate of drug overdose deaths increased by 5.9% in Florida between 2016 and 2017, from 23.7 per 100,000 to 25.1 per 100,000, higher than the national average. The conscious effort by physicians to reduce the prescribing of opioid pain relievers helped buffer the increase; however, the increased availability of illegal drugs that are mixed and “cut” with other substances, such as fentanyl, increases the risk for overdose death.

Signs of heroin overdose include:

If you or someone you know experiences these signs of heroin overdose, it is very important to call 9-1-1 and seek immediate medical attention. The sooner that appropriate medical care is rendered, the better the chance of survival.

How to Find Help for Heroin Addiction

Recovery is possible for heroin addiction. Great strides have been made in the treatment of heroin addiction. When deciding to break the cycle of addiction, it is best to seek out the help of trained healthcare professionals. Specially trained and expert healthcare professionals can provide a personalized approach, including medication-assisted treatment, appropriate psychological support and effective treatment for conditions including infections or diseases, that may have developed during an individual’s use of heroin.

To start the path to recovery, a stimulus is typically necessary. Because heroin addiction takes complete control of an individual’s life, an intervention from family and friends may be needed to convince the individual that recovery is an option and achievable. A coordinated intervention can prove to a person struggling with addiction that his or her health, safety and happiness is important to the people who care about him or her. Guidance from a trained addiction specialist on how to properly carry out an intervention can help ensure the best outcome from the intervention and the choice to follow the path of recovery.

Because heroin is highly addictive, a coordinated treatment program facilitated by trained healthcare professionals and individualized to a person’s unique circumstances and needs ensures the best chances for recovery. Successful heroin addiction treatment involves many components and may include the following:

Some key points to remember about heroin and heroin abuse are:

If you or a loved one struggle with heroin addiction and are considering treatment for recovery, call The Recovery Village Palm Beach at Baptist Health to speak with a representative who can get you started on the path to recovery.