The Recovery Village
About our Editorial Team
Editor Renee Deveney 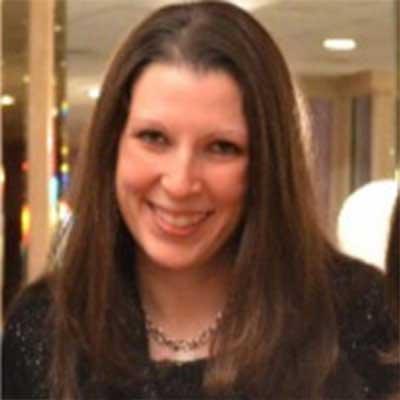 Alcohol-induced psychosis is a secondary type of psychosis characterized by breaks in reality, delusions, and hallucinations. During these episodes, individuals may see, hear, or believe things are present when they are really not. The Diagnostic and Statistical Manual of Mental Disorders (DSM-5) states that alcohol-induced psychosis should only be diagnosed when psychosis is excessive, more than what is expected during intoxication or withdrawal and not due to a pre-existing mental health disorder.

Alcohol psychosis symptoms may include agitation, paranoia, confusion and disorganized thoughts. Other alcohol-related psychosis symptoms can include inappropriate behavior and emotions, lethargy, loss of interest in regular activities, inaccurate beliefs and irritability without cause.

Acute alcohol intoxication can occur after alcohol is excessively consumed during one episode.  If psychosis results from this episode, it is indicative that a person may be at risk of alcohol poisoning, which can be fatal. It is critical that a person experiencing acute intoxication receive professional medical assistance as soon as possible to avoid ill effects from alcohol poisoning.

Signs of alcohol poisoning can include atypical aggression, impacted consciousness, drawn-out sessions of sleep, hallucinations, delusions, and amnesia when the episode concludes. Acute alcoholic psychosis usually concludes when alcohol is cleared out of a person’s system.

Psychosis from alcoholic hallucinosis is primarily characterized by auditory hallucinations, such as accusing and threatening voices, along with visual hallucinations. Delusions and mood disruptions may also occur.

Psychosis from delirium tremens is a more severe diagnosis than alcoholic hallucinosis and is representative of the most critical type of alcohol withdrawal. Delirium tremens can be classified as a medical emergency, as symptoms can be life-threatening. Delirium tremens usually develops two to three days after excessive alcohol consumption concludes.

Symptoms of delirium tremens may include a significant lack of coordination, excessive sensitivity to sensory input, abrupt mood changes and elevated heart rate and respiration. Other symptoms can include delusions, hallucinations and body tremors. Seizures and alcohol withdrawal hallucinations that are extremely severe may require sedation as a part of treatment.

Delirium tremens can be potentially fatal if left untreated and requires professional medical intervention. Due to this, it is critical for people going through alcohol withdrawal to be under the supervision of medical professionals in a medical detox program.

Alcohol-induced psychosis is often temporary but has the potential to continue and become permanent. In most people, psychotic symptoms usually stop after a few weeks of sobriety but may persist in those who continue to drink. In these cases, individuals may need long-term treatment and be prescribed antipsychotic medications.

Treatment for alcohol-induced psychosis focuses on medical stabilization while helping a person to stop drinking. Neuroleptics, benzodiazepines and atypical antipsychotics are types of medications that can be used if sedation is warranted. Individuals with alcohol-induced psychosis may undergo a suicide assessment since the condition is often linked with higher rates of suicidal behaviors.

Although psychosis can result from excessive alcohol intake, it may also be indicative of a co-occurring psychotic disorder. Psychotic conditions may include schizophrenia, schizoid personality disorder or schizotypal personality disorder. If an alcohol-induced psychosis is present in conjunction with a co-occurring psychotic disorder, a dual diagnosis treatment program may be recommended. A dual diagnosis treatment program can address the alcohol use disorder and mental health condition simultaneously to ensure that both are treated correctly.

Related Topic: Can alcohol cause schizophrenia?

Due to the fact that alcohol-induced psychosis tends to only result when individuals consume excessive quantities of alcohol linked to dependence and withdrawal, it is often critical that alcohol consumption is stopped under medical supervision at this stage. A medical detox program can ensure that a person is safely detoxing from alcohol in order to avoid alcohol-induced psychosis.

Treatment interventions that help a person maintain sobriety can help improve the prognosis for those who have experienced alcohol-induced psychosis. The Recovery Village Palm Beach at Baptist Health is an alcohol treatment center in South Florida that can provide treatment for alcohol addiction and co-occurring disorders.

If you or someone that you know is experiencing alcohol-induced psychosis, contact The Recovery Village’s knowledgeable representatives who can provide information, answer your questions and help direct you to a treatment program to meet your needs.