In America, an estimated 15.1 million adults meet the criteria for having an alcohol use disorder. Such a disorder develops when regular alcohol consumption leads to tolerance, dependence and then addiction, which all alter the brain’s chemistry.

The primary effects of alcohol on brain chemistry are to enhance signaling of the inhibitory neurotransmitter GABA and to limit activity at the receptor for the excitatory neurotransmitter NMDA. In other words, alcohol reduces brain activity by interrupting two important regulatory systems that, under normal circumstances, work together to maintain healthy brain activity.

If activity in the brain is repressed by heavy alcohol use for a long period when alcohol is suddenly removed the result is a chaotic attempt by the brain to reestablish normalcy. The brain will reduce abnormally elevated GABA signaling (increasing excitability) and increase abnormally repressed NMDA signaling (also increasing excitability), which can result in alcohol withdrawal seizures.

One of the major consequences of binge drinking is a net reduction in brain activity. As such, binge drinking itself does not cause seizures. However, people who are prone to seizure activity (for example, people with epilepsy) have an increased risk of experiencing a seizure after binge drinking, when the alcohol they consumed is metabolized to the point where their brain tries to rapidly reestablish normal chemical activity.

Alcohol overdose refers to a build-up of alcohol in the blood that reaches toxic proportions. Like binge drinking, alcohol poisoning is not directly related to seizure activity in most cases. However, there is evidence that extreme alcohol poisoning can affect balances in the brain (especially calcium and magnesium) to such an extent that seizures may occur.

Alcohol poisoning may also affect blood sugar to a significant enough level that seizures are more likely to occur. These are rare instances, and the precise link between alcohol and seizures is poorly understood. Whether some people have an increased risk of alcohol overdose-induced seizures due to genetic or metabolic abnormalities other than epilepsy remains unclear.

The most well-characterized link between alcohol and seizures is in the case of alcohol withdrawal. Alcohol reduces excitability in the brain which actually reduces the risk of seizures, as long as alcohol is present. When someone drinks heavily for a long time, their brain becomes accustomed to alcohol acting as a “brake” on activity.

Withdrawal symptoms are caused by the brain attempting to reestablish normal levels of chemical activity. When alcohol use is stopped suddenly, the “brake” that has been preventing activity is removed and activity in the brain rapidly accelerates. Because seizures are the consequence of over-excitation in the brain, alcohol withdrawal can cause seizures if dependence was strong enough.

People with epilepsy or other seizure disorders may take prescription anti-seizure medication. Although some medications may not pose a substantial risk when moderate amounts of alcohol are consumed, others can be very dangerous when taken in combination with alcohol. Anybody who takes anti-seizure medication is strongly urged to discuss alcohol use with their doctor in order to understand the potential consequences of mixing these drugs.

Alcohol-related seizures can be prevented. Of course, the most effective strategy to prevent alcohol-induced seizures is to not drink to excess. For people who have chronic alcohol use disorders, abruptly stopping alcohol consumption can be dangerous and should not be done without professional assistance. Medically assisted detox is an alcohol detox program that is done under the supervision of medical professionals who can provide prescription medications that reduce the likelihood of seizures and ease the uncomfortable symptoms associated with alcohol withdrawal.

If you or someone you love is struggling to overcome an alcohol use disorder, help is available. Contact The Recovery Village Palm Beach at Baptist Health to speak with a representative about how evidence-based treatment plans are tailored to suit the needs of each client. Call today to learn how we can help you get on the path to recovery. 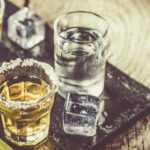